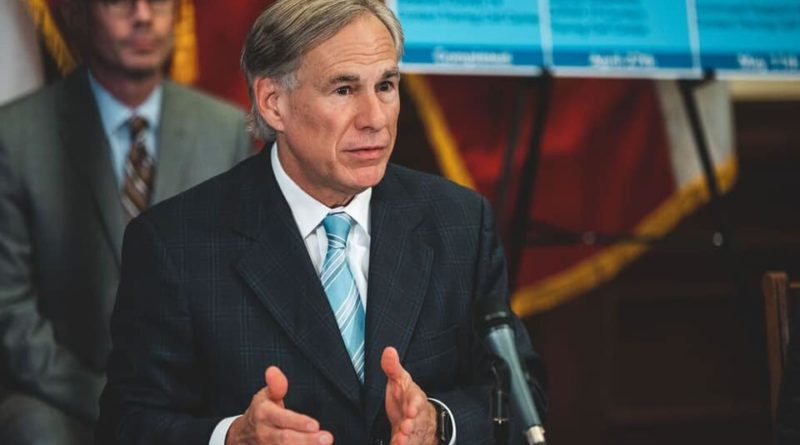 As the state – and Dallas – moves trepidatiously toward the first phase of re-opening the economy, a lot of information is coming in at a rapid pace. We have today’s bullet points:

Abbott Gave the Green Light, But Is Anyone Ready to Hit the Gas?

Gov. Greg Abbott gave the green light for some businesses to open up, and the stay-at-home order expires Thursday, but will many take him up on it?

The answers are decidedly mixed – even lukewarm.

“Out of an abundance of…mostly exhaustion, Cane Rosso will NOT be opening our dining rooms this weekend,” a spokesperson for the pizza restaurant said on Facebook. “After discussing the newest guidelines issued by Gov. Abbott, we have determined that we are not ready to commit to being open at 25% occupancy as early as May 1st, as the Phase 1 restrictions begin lifting.”

“Opening our dining rooms, even at just 25% occupancy, is a big task that involves an innumerable amount of updated procedures, increased safety precautions, and as many of you are hearing today, financial considerations,” the statement said. “And as a company that spans four cities in Texas with hundreds of employees, we do not wish to rush into this decision without having solid plans for both our employees and our guests … all 25% of them.”

Until then, they’ll continue offering curbside pickup and delivery service.

Sevy’s Grill will also wait to open its dining room, but owner Amy Severson planned to open the restaurant for take-out order pickup.

“We are going to wait to open the restaurant until it feels safer for our guests,” she told us Tuesday afternoon. “This was a decision made by all our managers, putting employee and guest safety over sales.”

Severson said that she and her husband Jim “Sevy” Severson would also continue to do their Valet-To-Go option until after Mother’s Day, too, so customers could also pick up orders at the curb.

“I know personally we (Jim and I) are using masks and gloves everywhere so as to try not to infect coworkers and family,” she said. “I imagine that is true of many, many others who are not quite ready to dine in yet.”

Several restaurateurs talked to D Magazine’s Rosin Saenz and Eve Hill-Angus about the situation, and many echoed Cane Rosso’s sentiments – they don’t know if the profit margins for 25% occupancy will make it worth it to re-open dining rooms.

“Is my rent going to be half? Are my utilities going to be half?” asked Brooks Anderson, who owns Rapscallion, Boulevardier, Hillside Tavern, and the wine room Veritas with his brother, Bradley.

Abbott’s orders included opening museums, but at least one Dallas museum will remain online only.

“We are aware of the inclusion of museums in the state’s phase one plan to re-open,” the Dallas Museum of Art said. “With the health and safety of our visitors and staff as our top priority, the DMA will not re-open on May 1. We will confirm a re-opening timeline as soon as we determine that we can do so with the proper measures in place.”

Our sister publication D Magazine has reaction from more of the city’s cultural institutions, including movie theaters – so far, all of those have indicated they will not be re-opening any time soon.

Hundreds of thousands of professionals use Fishbowl, a workplace social network for verified employees. This allows surveying of employees on trending, work-related topics.

Some surveys indicate that there is also a reluctance among workers and patrons to get out and shop, dine out, and visit museums and malls again at the moment.

Workplace social networking app Fishbowl conducted a survey among several member companies (that include EY, Deloitte, Accenture, Amazon, Edelman, Nike, Google, and KPMG) and found that nationally more than 80% said they would not feel safe if their state opened for business again.

In Texas, 1,311 employees answered the survey, with slightly less than 21% responding that they would feel safe if the state opened up now.

An NBC-DFW Facebook poll asking if viewers agreed with Abbott’s decision showed that 71% did not. A Fox 4 News poll on Twitter found that only about 28% said they would be going to movie theaters, restaurants, malls, and other places Abbott’s latest order deemed safe to open. 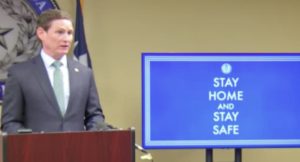 Now that the deed is done, Dallas County Judge Clay Jenkins told reporters Tuesday that he wouldn’t be placing any additional restrictions on top of what Gov. Greg Abbott placed in his first phase of opening businesses – but he took the opportunity to plead with residents to continue to practice social distancing and stay home “to protect Meemaw.”

Abbott’s announcement came on Monday, and on Tuesday, the county posted some of it’s highest numbers yet – 135 new cases, and 10 new deaths – deaths that included a 17-year-old Lancaster girl and two people in their 30s.

“The trends are not encouraging,” he said. “My prayer is that this has been some sort of strange three days and it’s going to drop precipitously tomorrow.”

Jenkins referenced the Centers for Disease Control and Prevention’s guidelines for easing shelter-in-place orders, which include having two weeks’ worth of data indicating a decline in case numbers, deaths, and hospitalizations before easing up.

“We have not seen two weeks of decline. That is No. 1 that the Trump administration and the CDC says you need before you loosen restrictions,” he said. “I am not saying this to second guess the governor. I am telling you this because it is up to you to make good decisions. It’s up to you to do what you want to do.”

Jenkins said he worried that less than 1% of the county’s 2.6 million people had been tested, and that the county’s request for the capacity to be able to conduct 6,600 more daily tests at Parkland and UT Southwestern had so far not been answered.

Dallas County Health and Human Services director Philip Huang said that the latest numbers – which indicate an average of about 110 new cases a day – “are certainly worrisome.”

“Some of these activity levels are starting to go back up,” Huang said.

“On May 1, we will see more businesses open,” Jenkins said. “We’ll see more opportunities for asymptomatic people to bump into you. You have to decide, ‘What’s the best decision for me and my family?'”

Jenkins said his family wouldn’t be venturing out to theaters, malls, and museums, or dining in at restaurants, until scientists and doctors tell him it’s safe to do so.

“You could dislike me, dislike everything I stand for, but still, the safest thing for your family is for you to listen to the health experts on the ground, who have the degrees and have spent their life preparing for this moment,” he said.

“Regardless of how you might feel about the decision, it’s the governor’s to make under state law,” Dallas Mayor Eric Johnson said in a letter to residents Tuesday night, adding that now it’s up to local leaders to make the plan work.

“And in this case, success means saving lives while also allowing some people to get back to work,” he added.

Johnson said that he will join the push for more COVID-19 testing and more robust contact tracing.

“And I will emphasize the need for people to continue to act responsibly amid this continuing pandemic,” he said. “Public health and saving lives must come first, even as the public and private sectors work together to restore livelihoods.” 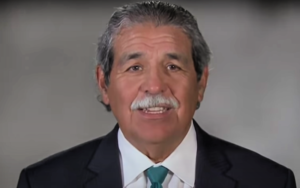 In a letter to Capitol Hill, the CGCS calls for an additional federal allocation of $175 billion in Educational Stabilization Funds to be distributed to the local level through the Title I formula. The group also urges Congress to provide an additional $13 billion for the Individual with Disabilities Education Act (IDEA), $12 billion in additional Title I program funding, $2 billion for E-Rate, and emergency infrastructure funds that include public schools.

The letter, signed individually by about 62 big-city superintendents (including Hinojosa), asks federal lawmakers for financial support to help offset the unexpected costs districts are incurring in providing meal services to students and transforming from school-based to home-based learning in the wake of school closures. Furthermore, as aggressive as schools have been in providing instruction at a distance, districts continue to need resources to provide electronic learning devices and internet connections to every child.

Because of declines in state and local revenues, significant revenue shortfalls are looming for local school systems, as well, with several big-city school districts projecting 15 to 25 percent cuts in overall revenues going into next school year. According to the Council, an estimated 20% loss in combined state and local revenues would likely result in some 275,000 teachers being laid off in big-city public school systems alone.

“With additional federal funds, America’s public schools will be able to add summer school, expand the school day after re-opening in the fall, retain and stabilize our teaching force, address the needs of our most vulnerable students, narrow the digital divide, and have a fighting chance at salvaging the futures of millions of young people,” said the letter.

Equest Offers to Horse Around on Your Next Video Conference 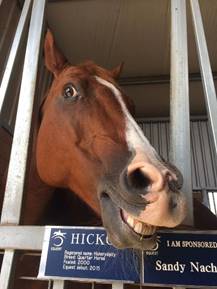 Are your Zoom calls significantly less peppy as we head into our second month of quarantining? Thinking of ways to put a hex on your Webex? Ready to hang up on your Google Hangout?

Equest has the cure – and the proceeds from it will help support the nonprofit’s mission of helping children and adults with special needs through equine therapy.

“In an effort to bring some joy and laughter during this uncertain time, Equest’s therapy horses are joining the corporate life by making cameo appearances on company video conference calls,” a spokesperson for the organization said.

Customers can reserve 10 minutes live with one of Equest’s 30 therapy horses – miniature or full-sized – or Taco the miniature donkey, for a $50 donation. To schedule a horse appearance, call 972-412-1099 with the date and time of the video conference, payment information, and horse preference. Equest’s therapy horses can be found at www.equest.org/horses. Horses are available weekdays from 9 a.m. – 5 p.m. on a limited basis.

4 thoughts on “Abbott Gave the Green Light, But Is Anyone Ready to Hit the Gas?”