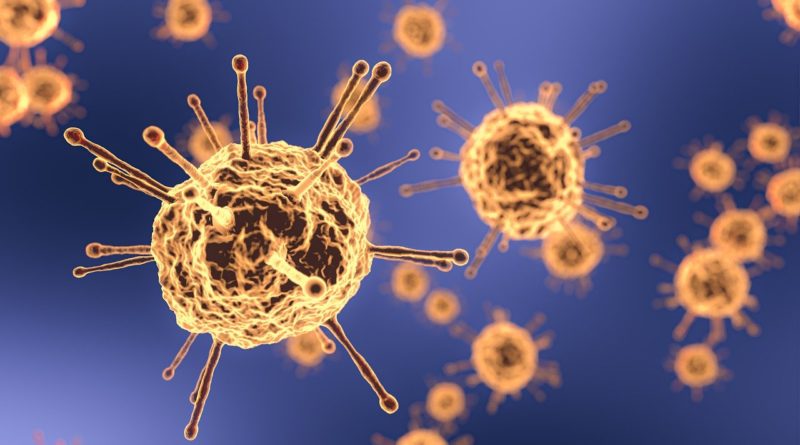 Dallas County health officials reported 75 additional cases of the novel coronavirus, bringing the total number of cases in the county since the pandemic began to 2,909.

Four additional deaths were also reported, including two residents (a man in his 80s and a woman in her 90s) of Dallas long-term care facilities. A Carrollton man in his 70s and a Garland man in his 60s are also among the 81 total deaths.

“Today is the last day of the week, and each day this week had a lower number of positive cases than the average daily total from the week before,” said Dallas County Judge Clay Jenkins. “We started mobile testing in LTCF through Parkland Hospital on Thursday and will increase mobile testing in those facilities on Monday in order to find asymptomatic positive cases faster and better isolate the virus to protect the residents and staff.” 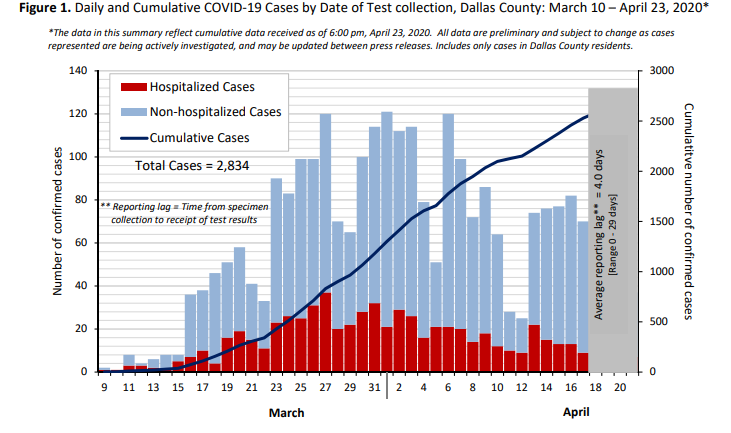 Close contact or community transmission continues to be the biggest risk factor for contracting COVID-19,  accounting for roughly 80% of all cases. Living in a long-term care facility, being incarcerated, and domestic travel are a distant second, third, and fourth, at 7.3%, 4.7%, and 4.4%, respectively. Last week, cases contracted in jail accounted for 2.1% of cases but is now the third leading risk factor. 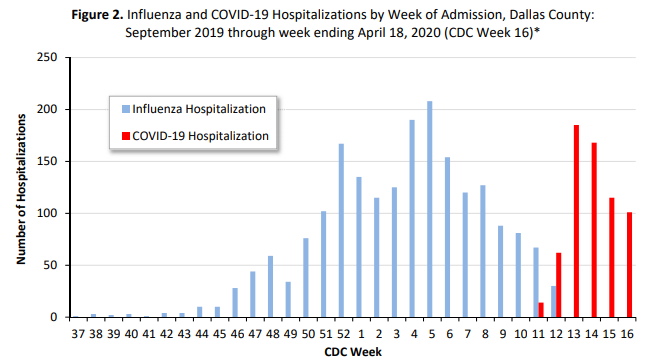 Twenty-four percent of all cases end up hospitalized – 31% end up in critical care, and 18% end up on a ventilator.

About 40% of the total 81 deaths have been associated with long-term care facilities. Only 22% of those deaths were people younger than 65.

The county does not count recoveries because it’s not a variable being used nationally by the Centers for Disease Control and Prevention, nor by state health departments. However, one can extrapolate that the 76% of total cases that have not been hospitalized – at the very least – are on their way to recovery or have recovered, county officials explained recently.

“The exact number of patients who have been released from area hospitals to continue their recovery at home is not available at this time,” Lauren Trimble, Dallas County Judge Clay Jenkins’ chief of staff, said.