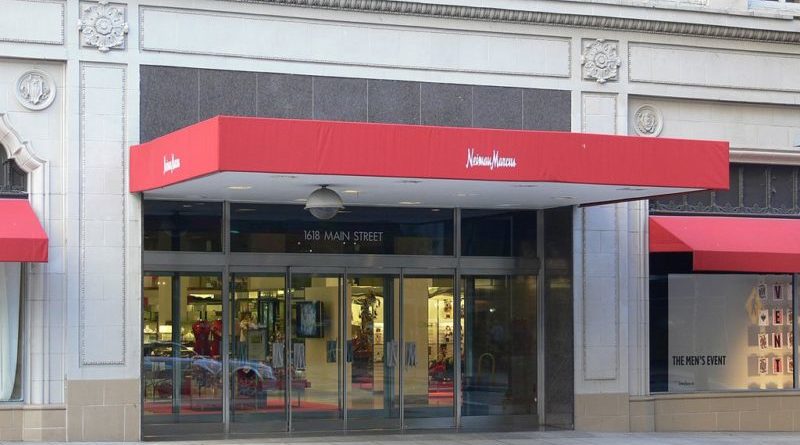 Citing confidential sources, Reuters said that the company, laden with debt, has been especially hard hit by retail shutdowns from the COVID-19 pandemic. All 43 of its locations, 12 Last Call stores, and two Bergdorf Goodman stores in New York have were temporarily shuttered.

The company has nearly $5 billion in debt, according to Standard & Poor’s, including legacy debt from a 2013 $6 billion leveraged buyout by its owners, Ares Management Corp. and Canada Pension Plan Investment Board.

Last week, Neiman Marcus skipped several debt payments to the tune of millions of dollars, including one, Reuters said, that only gave the company a few days to avoid defaulting.

One bondholder, Marble Ridge Capital LP, told the Dallas Morning News that the retailer didn’t make a $5.7 million interest payment that was due April 15.  Marble Ridge owns a great deal of the nearly $138 million in bonds that mature next year. Neiman Marcus has a month to pay the interest, and after that, Marble Ridge can accelerate payment on the principal. The company could also be forced into bankruptcy by those bondholders.

About three weeks ago, the company told the Dallas Morning News that it was “evaluating all courses of action to preserve our financial strength so that we may continue serving our customers and associates, and being a great partner to luxury brands globally.”

Sources told Reuters that the company is in the final stages of negotiating a loan with its creditors that would keep some of its operations going during bankruptcy.

“In light of the significant headwinds stemming from the coronavirus pandemic and our expectation for a U.S. recession this year, we believe the company’s prospects for a turnaround are increasingly low,” Standard & Poor’s analysts wrote.

The news follows last year’s restructuring deal with a few of Neiman Marcus’ creditors that allowed it to push back due dates on debt. The company was also sued last year by a trustee for some of its bondholders, who claimed the company and its owners “robbed investors of the value of its luxury e-commerce site MyTheresa by moving the business beyond the reach of creditors in a corporate reshuffling. Neiman maintains its actions were proper,” Reuters reported.

Neiman Marcus got its start in 1907 after Herbert Marcus Sr. joined forces with his sister, Carrie Marcus Neiman, and brother-in-law, A.L. Neiman. The three accrued $25,000, the story goes, to invest, as well as two more potential investors, when they turned down an opportunity to invest in the nascent Coca-Cola company and instead decided to start a store.

From the beginning, Neiman Marcus set its reputation as a purveyor of luxury goods – specifically goods that were hard to find elsewhere in Texas. Within a few weeks of opening, the store’s inventory of goods that were mostly purchased by Carrie on a shopping trip to New York were sold out.

By 1914 (and one fire later), the flagship store had opened in its new permanent location at the corner of Main and Ervay. Stanley Marcus took over in the 1950s after both Herbert and Carrie passed away, overseeing further expansion before his death in 2002. The company itself changed hands several times since 1987 before being purchased by Ares Management and the Canada Pension Plan Investment Board in 2013.