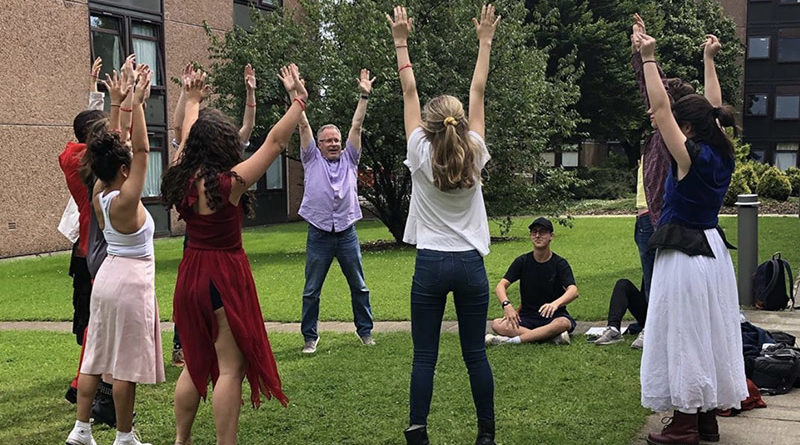 In his time at ESD, Davidson has produced 35 different plays and musicals while instructing students in the subject he loves.

“I’ve always wanted to teach and help kids,” Davidson said. “I love doing the shows, finding an environment for them that feels safe to be who they want to be, and the groups I’ve had have always been inclusive and accepting of people.”

“No show has ever been perfect, and no show will be perfect, but as long as (students have) learned something about themselves and have fun along the way, I think it’s a success.” -Dusty Davidson 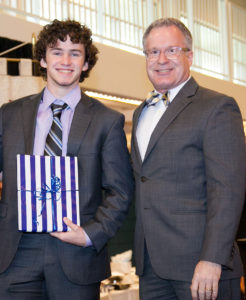 Davidson majored in theater and French in college and got his first teaching job at a school in Atlanta. From Atlanta, Davidson got a job teaching theater at his alma mater, Abilene High School, then took a position 10 years ago at ESD as the technical director. He later stepped into a position teaching acting and directing plays and musicals when his predecessor retired.

For Davidson, a lot of things make for a successful show. However, nothing compares to seeing the joy that his students get out of performing.

“No show has ever been perfect, and no show will be perfect, but as long as they’ve learned something about themselves and have fun along the way, I think it’s a success,” Davidson said.

If Davidson had to pick a favorite show during his time at ESD, he said it would be Lucky Stiff. Not only was the performance excellent, but the show also raised money for a greater purpose, he explained.

“One of the characters in the show is really involved with the dog shelter, so we worked with a local organization, the Street Dog Project, and brought in some dogs that were being fostered and added them into the show and did a big fundraiser for them,” he said. “I think because of that, it added a lot more meaning to the show and made it so fun. We raised like 2,000 pounds of food.”

Give a Little, Grow a Lot