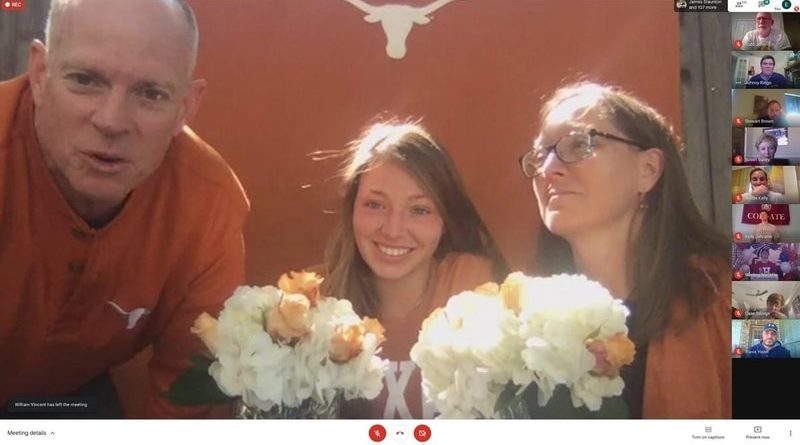 Make that two Highland Park soccer standouts who will be headed to the University of Texas in the fall.

Senior midfielder Sydney Cox recently signed with the Longhorns, where she will join striker Presley Echols next season. Echols signed in December, while Cox was one of three HP athletes honored in a virtual ceremony on Wednesday.

With schools across the country closed due to the COVID-19 pandemic, HP had to reconfigure its usual celebration into an online format. Also participating were Nick Johnson, who will join the track and field program at Colgate University, and Sterling Sutcliffe, who will play baseball at Hutchinson Community College in Kansas.

The versatile Cox was instrumental in the Lady Scots’ run to the Class 5A state championship in 2019. She also was one of the team’s top contributors this spring, before the season was cut short in mid-March.

Johnson competes in the discus for the Scots, and also was an offensive lineman in football. Sutcliffe, a shortstop and pitcher, was one of the top hitters during the abbreviated 2020 season for HP.

HP Boys Off to Fast Start on Track

Thornton Worth the Weight at Nationals