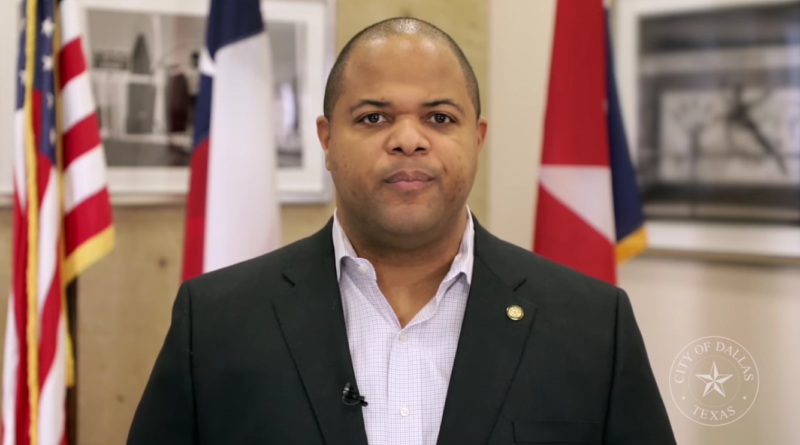 All three entities that decide how Dallas responds to the growing COVID-19 pandemic had press conferences or issued press releases Tuesday.

But the messaging from the city and county could not have been more different from the state.

Tuesday morning, Dallas Mayor Eric Johnson issued an emergency set of regulations that would allow the shelter-in-place regulations Dallas County enacted to be enforced in the parts of the city that are not in Dallas County, but instead are in Collin, Denton, Kaufman, and Rockwall counties.

“This step is necessary to ensure that our enforcement efforts across the city are uniform and to clarify any confusion among Dallas residents about the many emergency orders they may have been hearing about,” Johnson said in a recorded statement.

Johnson’s order operates identically to the county’s but will expire on April 29 unless the city votes to renew them or rescind the local disaster declaration.

In his statement, Johnson appealed to surrounding cities and counties to coalesce in a response to combating the virus.

“Going forward, absent statewide emergency regulations, I hope that our county judges and mayors will adopt a regional approach for dealing with this pandemic,” he said. “I believe that we can achieve much broader consensus on emergency orders that will allow the nearly 8 million people who live in our region to operate under clearer and more consistent rules, irrespective of the political boundaries that separate us.

Dallas County Judge Clay Jenkins held a 6 p.m. press conference to further explain what shelter-in-place meant, and to explain why tests were taking so long to get back.

For one, scarcity of tests is still an issue.

“Let me just be blunt,” Jenkins said. “We do not have enough tests.”

Secondly, there are a lot of tests in the queue now that the county has the capacity to do more testing.

Start feeling the symptoms of COVID-19 and are already living with someone who has been diagnosed with it? You’re not going to get tested.

“There’s no reason to test for you if someone in your family is sick – we need to save those tests for people who aren’t quarantined already,” Jenkins said.

While some counties have adopted measures similar to Dallas County’s shelter-in-place policy, other big neighboring counties have stopped just short of ordering such a measure – as has Abbott, who on Monday said he didn’t feel it was necessary to issue a statewide order to shelter-in-place just yet, adding that he is“governor of 254 counties in the state of Texas. More than 200 of those counties still have zero cases testing positive.”

On Tuesday afternoon, Abbott also held a press conference, this time at the Texas Department of Public Safety Austin warehouse. At a lectern placed in front of boxes of supplies and a line of doctors and dignitaries, Abbott told reporters that needed personal protective equipment was finally trickling in.

“The people who are administering the COVID-19 tests to the patients must be wearing this personal protection equipment,” he said. “I am proud to say that we are loaded with a lot of equipment.”

The governor said a supply of 10,000 masks and personal protection equipment was shipped out across the state last night, and his supply chain task force would be able to procure an additional 100,000 masks per day.

“Altogether, next week, Texas should be getting more than a million masks per week,” he said.

Medical groups have also offered up masks and other PPE, Abbott added. He also announced the launch of an online portal run by the strike force to streamline the process and validation of leads for more supplies. The portal, accessible through www.texas.gov, will serve as an intake process for those wanting to provide valid leads on PPE and donations.

But a flurry of questions came about President Donald Trump’s statements in recent press briefings about reopening the economy by Easter, and about Texas Lt. Gov. Dan Patrick’s comments on Fox News.

Abbott did not outright address the comments but instead said that his decision was based on discussions with state health services commissioner John Hellerstedt, the Centers for Disease Control, and calls with other governors.

“I will base my decision as governor of the state of Texas on what physicians say,” he said, adding that health and safety should be a top priority. “These are all stepping stones. The first step we all have is public health and safety. We must do all we can to ensure the health and safety of everyone.

“Second is this reality: If the goal is to get the economy going, is to get COVID-19 behind us, we must bend the curve.”

But Abbott didn’t leave the door closed to potentially issuing a statewide shelter-in-place order, either.

“On my travel to this location today, I was surprised at how many vehicles I saw on the road. It’s clear to me, we may not be achieving the level of compliance that is needed,” he said.