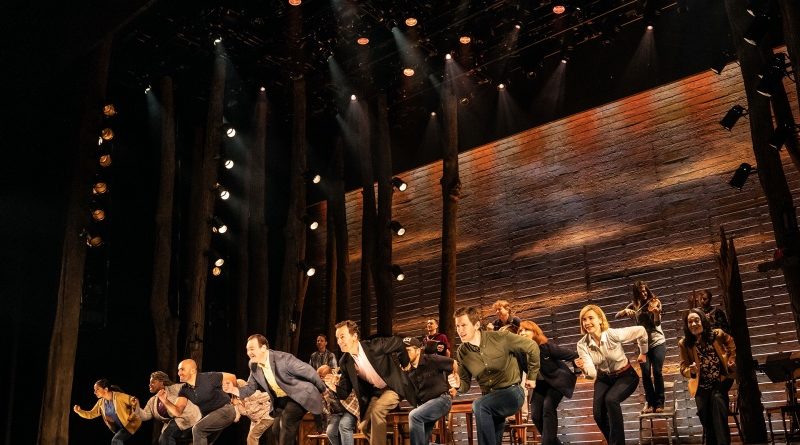 I expected to review Come From Away’s stop at Music Hall at Fair Park and be able to encourage readers to enjoy the inspiring show. That was before Dallas County issued a declaration banning gatherings of 500 or more people until March 20 amid concerns about the spread of COVID-19 in Dallas March 12 and Dallas Summer Musicals announced they postponed all remaining performances of the show.

The show was set to run from March 10 to 22. Dallas Summer Musicals asks those who hoped to attend to hold on to their tickets as they’re working to bring the show back to Dallas.

Come From Away is a Broadway musical that tells the true story of 7,000 stranded passengers and the small town in Newfoundland that welcomed them in the week after the September 11, 2001 attacks.

The story the musical is based on is the kind of inspiring tale of how people from different nationalities and cultures came together in the face of a crisis that I think everyone could use in the midst of the current, never-ending news cycle, so I do recommend readers go if and when Dallas Summer Musicals is able to bring it back.

The show also doesn’t take itself too seriously and I think we could all use a bit of humor in the face of crisis now, too.