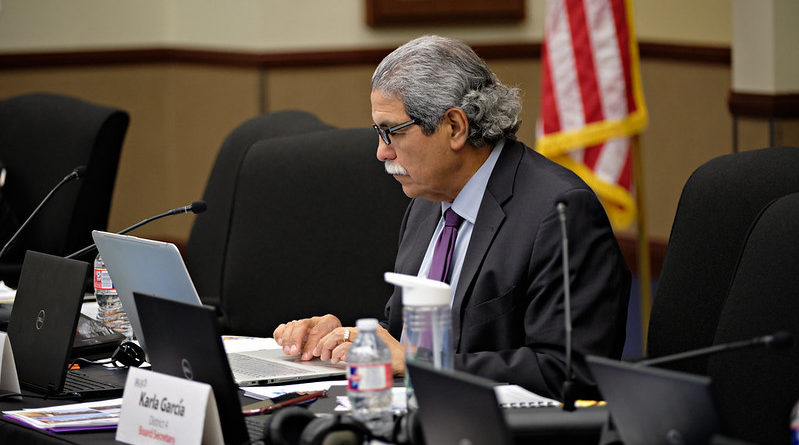 Although several North Texas school districts have opted to extend their spring breaks to assist with social distancing in a bid to slow down the spread of the coronavirus, Dallas ISD will take a beat to wait for more data before deciding, district staff told the board of trustees during its regular board briefing Thursday.

The discussion was a last-minute emergency addition to the briefing.

The district has the ability to pause, superintendent Michael Hinojosa told the board, because spring break is next week, unlike several Collin County (Allen, Frisco, Lovejoy, McKinney, Plano, Prosper, and Wylie) districts that have opted to extend their spring break, which was due to end Friday.

But the decision to wait didn’t mean the district isn’t taking some precautionary measures. All district events and activities have been canceled effective immediately, including athletic events and after-school programs.

The district has also asked parents to self-report any spring break travel to specific hot spots.

The other reason the district is taking some time to determine the best course of action? Student needs.

With a district that has (at any given time) roughly a 90 percent poverty rate, Dallas ISD must also factor in things like internet connectivity for students should the district opt for online-only, feeding otherwise food-insecure students who depend on the school day to get at least two healthy meals, and the needs of parents who often work multiple jobs and count on school being in session so they don’t have to pay for childcare.

“If it’s only a couple of schools, we don’t need to shut down the whole district, because we have schools where both parents work multiple jobs,” Hinojosa told the board, adding that he should know by March 19 if any schools need to close due to COVID-19, and will be able to communicate that to parents and staff.

“By next Thursday, we’ll be able to tell if there’s a spike that’s gone this way, flattened out, or has started to curtail,” he said. “This (virus) is evolving. All of this is situational and we will continue monitoring. But we are ready to pivot at a moment’s notice.”

For the time being, Dallas ISD chief technology officer Jack Kelanic told the board his department is starting early conversations with service providers regarding purchasing additional hot spots (the district would need about 52,000 more if it opted to go online-only as some colleges have).

There are also plans to make sure learning continues even if the district (or individual schools) shut down. Thanks to 1 to 1 devices, sixth grade through 12th-grade students can take online classes (depending on internet connectivity at home). Students in pre-K through fifth grade would be sent home with activity and lesson packets. 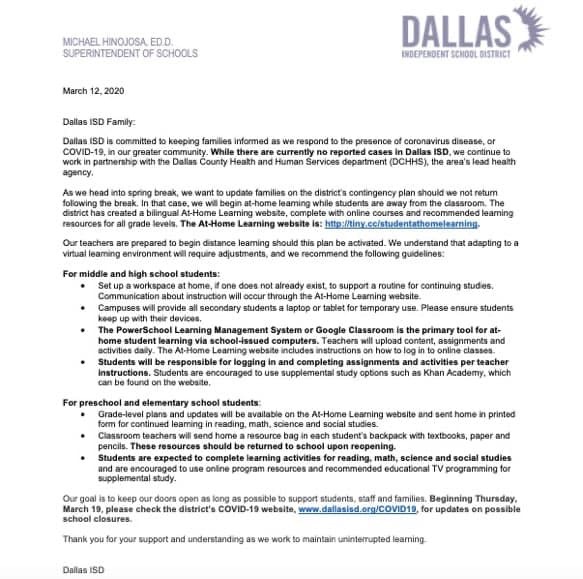 STAAR testing is due to begin on April 7. A detailed fact sheet distributed to school districts by the Texas Education Agency indicates that right now, the agency may lean on its online STAAR option.

“The agency is reviewing logistical options,” the document reads. “Generally, there is far more flexibility when testing online than on paper. At this point, districts and charters who anticipate the possibility of being closed on a testing date should begin planning for the possibility of scaling up online assessment in the event alternative testing dates might be required.”

While food distribution plans are still being finalized, it appears that right now meals will be ready-to-go, boxed type lunches instead of being served cafeteria-style, and the district will likely utilize the same sites it used to feed children during spring break.

“We would have liked to have done more, but at this point, the students have to come and get the food, unless we get further guidance from the feds,” Hinojosa said.

While the schools are shuttered for spring break, the district will take the opportunity to deep clean and disinfect all of the buildings with a disinfectant that is designed to attract and kill viruses it comes in contact with for three months after it is sprayed.

If there is a closure, or if an employee has a potential exposure and needs to self-quarantine, staff could take 14 days of emergency leave without deducting from their paid time off, too.

“Employees will be affected differently,” Hinojosa said later. “The irony is, they can’t test every employee – we can ask them to stay home, but they don’t want to stay home and use up their sick leave.

“We’re just asking them to have common sense, and communicate with us, give us an email, and we’ll work with you and we’ll be flexible.”

Students who are sick should stay home, too, Hinojosa stressed.

“The state has been very flexible in giving us credit if a student is determined to stay home,” Hinojosa said, adding that newer state law takes away the penalties to the district regarding average daily attendance. “The state learned that hard lesson during Hurricane Harvey.”

“We want the students to stay home if they are sick.”

And while there are strict state guidelines on how many days a student can miss before it impacts whether they get credit for a course, the district can grant waivers on a case-by-case basis, and the state can grant waivers on a broader basis for entire districts if they have evidence that the coronavirus pandemic has drastically affected a district.

Hinojosa said in a quick presser after the agenda item that he was proud of his team “for trying to think of everything.”

“But I’m sure we haven’t thought of everything,” he added.

Currently, Hinojosa told reporters, the district has no indication from Dallas County health officials that there is any evidence that it will definitely be hit with it.

The superintendent said that he felt March 19 was enough time to pivot, because the district has systems in place to communicate any decisions.

“We’re gonna expect to have school,” he said. “But if we get enough information on March 19 that it’s not gonna happen, I think we have enough time.

“As you saw, we moved 3,000 kids in 36 hours (after the tornado), and we didn’t even have a plan, so I think that will give us plenty of time to communicate.” 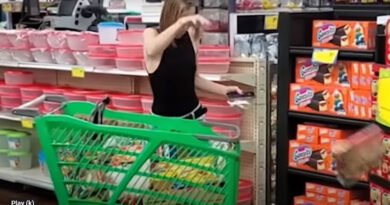 Masks May Slow COVID Spread, But Are Also Polarizing 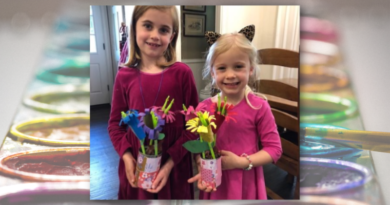