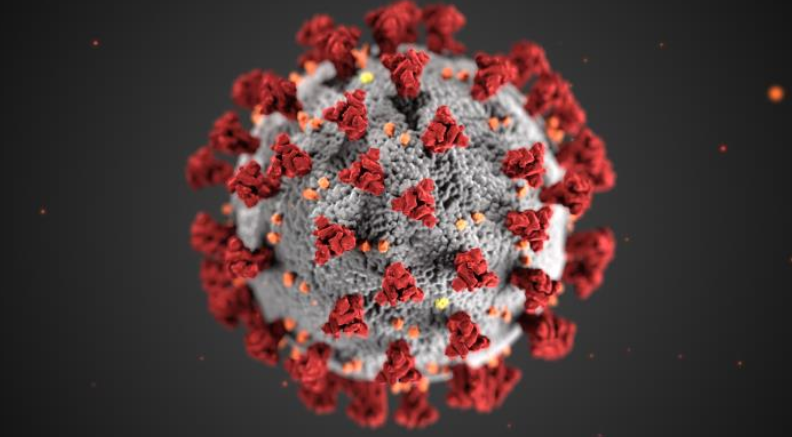 The five cases bring the county total to eight, which prompted the local health emergency declaration for the county that allowed it to curtail large gatherings, Judge Clay Jenkins told reporters.

One of the new cases is from Balch Spring, and the remaining four are from Dallas. One, Jenkins said, was a possible case of “community spread,” which means that the person who tested positive did not travel.

Two of the patients have been hospitalized, and three are resting at home, where they are isolated.

In addition, Jenkins said he would strongly discourage – but that the ban did not outright include – gatherings of 250 people or more. He also suggested that those particularly vulnerable to the virus – those with compromised immune systems, existing medical conditions, or those over 60, avoid gatherings of 10 or more.

The declaration goes into effect at 11 a.m. Friday, March 13, and will end March 20. It does not include offices, grocery stores, malls, or theaters.

“I want everyone to really soberly consider what we’re asking for and take personal responsibility for your life decisions and help us together stop this outbreak,” said Jenkins, particularly to those who might be traveling for spring break. “I know Dallas is up to the challenge.”

Not long after the county’s announcement, Dallas Mayor Eric Johnson also signed a state of emergency declaration for the city. That declaration requires, among other things, that labs in the city report the number of COVID-19 tests conducted and a prohibition of gatherings larger than 500 people. It also allows the city to set up quarantine rules if necessary, and even temporarily acquire temporary housing “for disaster victims.”

Earlier in the day city manager TC Broadnax issued a memo suspending all city travel until the end of March, and canceling all city-sponsored “departmental related programs, events, activities, trainings, and seminars scheduled in the community at city-owned facilities, and/or which involve city staff.”

Jenkins said he is sure that churches will support the ban and make other arrangements. However, First Baptist Church senior pastor Robert Jeffress told New York Times reporter Elizabeth Dias Thursday his church has no plans to close.

Robert Jeffress says First Baptist Dallas (~13,000 members) is open for worship. Re: other big cancellations, he says “Entertainment is optional” but worship isn’t: “What we are doing is more important that what the NBA is doing.” May reevaluate if TX becomes a “hotspot.”

However, across the street, First United Methodist Church Dallas is opting to go online.

We’ll have more coronavirus coverage as the situation unfolds. The full declaration is below. 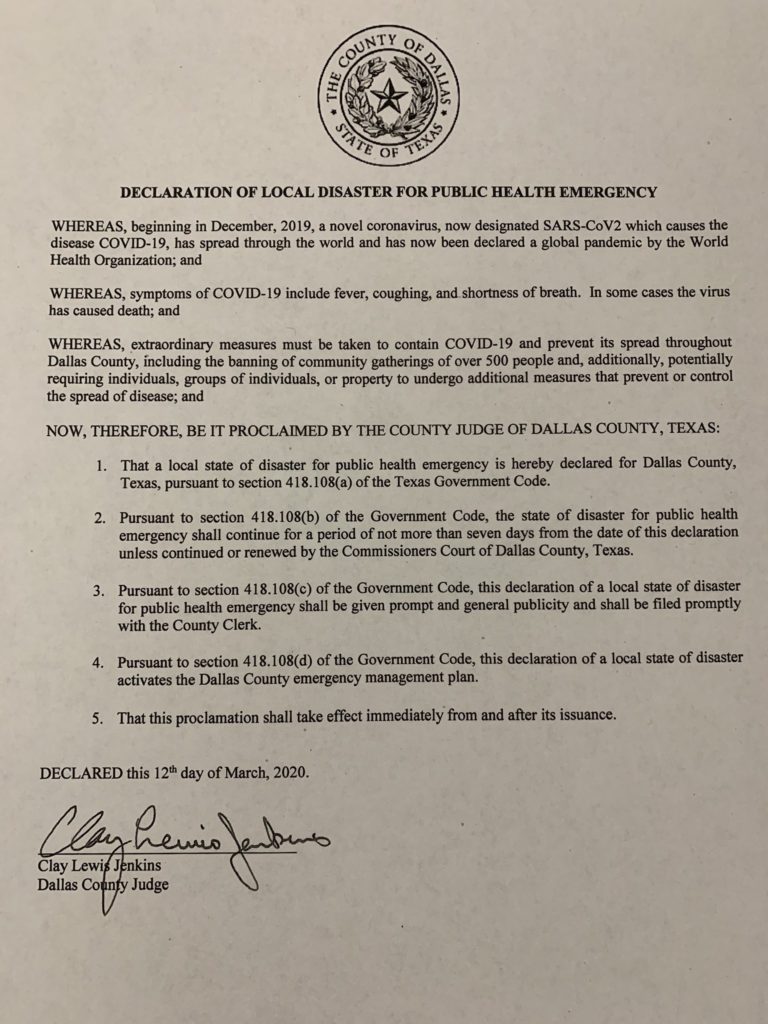