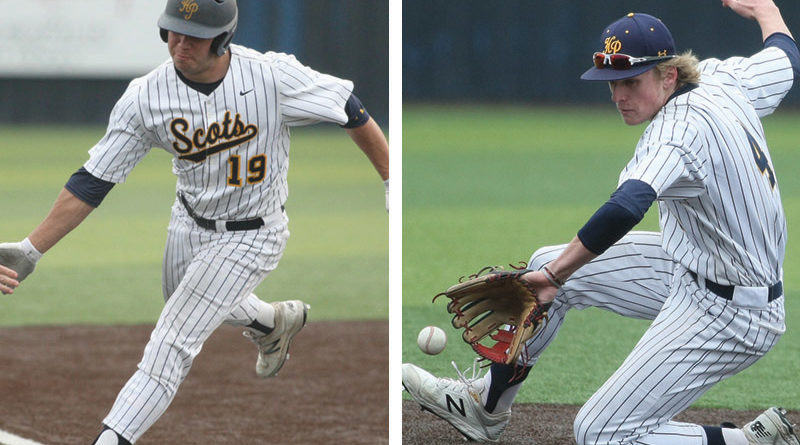 In the recipe for Highland Park’s recent success, slugging and prolific scoring haven’t been among the primary ingredients.

That could change this season when the Scots have the talent and experience at the plate to be among the best hitting HP squads in recent memory.

“Offensively, I think it’s going to be a good year,” said HP head coach Travis Yoder. “We have a lot of good kids who are willing to work hard.”

“Offensively, I think it’s going to be a good year.” -Travis Yoder

As they aim for their second consecutive District 11-5A title this spring, the Scots return most of their top hitters in the lineup — providing reason for optimism even if their pitching staff needs some time to catch up.

After being swept by Lovejoy in the second round of the Region II playoffs last spring, HP hopes to make a deeper postseason run in 2020.

The outfield of Patrick Turner, Seth Powell, and Jack Curtis should be strong. And the infield is anchored by Case Savage at second base and Jackson Hall at third. At shortstop, Sterling Sutcliffe and James Henry will split time. Ditto for Drew Johnson and Adams Holman at first.

Standout catcher Corbin Montayne is sidelined while recovering from a knee injury. He could return later this season as a hitter, but likely won’t catch, opening up an opportunity for Hudson Hefner, Harris Gould, or Josh Bowers to claim a starting spot.

Many of those same names will be among the pitchers vying for innings on the mound during a rugged nondistrict schedule. The Scots will face some of the area’s top teams at tournaments in McKinney and Prosper, as well as during the annual Scotland Yard Classic.

Sutcliffe and lefthander Hayden Clyce could become the primary starters by the time district play opens on March 17 against Carrollton Newman Smith. However, Yoder also expects that Johnson, Curtis, Henry, Holman, and others could be a factor.

The coach knows those arms will be “battle-tested” by early-season matchups with Class 6A powers such as Coppell, Prosper, McKinney Boyd, Georgetown, and more — with the goal of getting HP in peak form come May.

“We’ve got a good mix of pitchers who are going to compete for playing time,” Yoder said. “It’s wide open right now.”

HPMS Student is Better at Design Than You