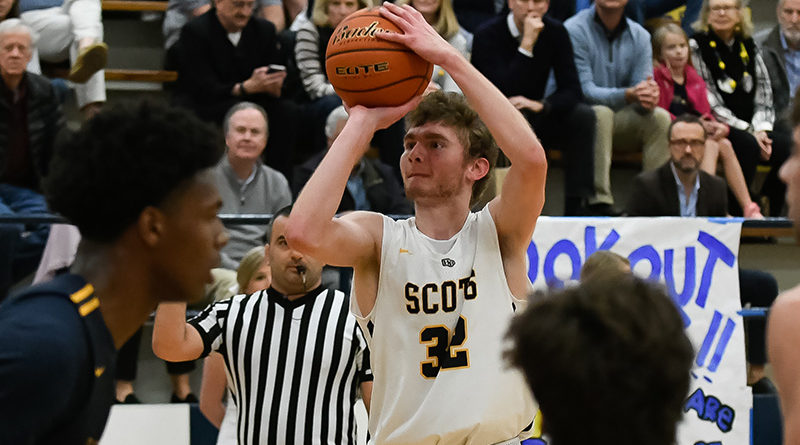 A year ago, Jacob Hager watched most of the action from the sidelines as Highland Park won 26 games and made a deep playoff run.

But he never lost his confidence, and neither did his coaches. They knew Hager’s turn to shine was coming up.

That approach has paid off this season for the sharpshooting senior, who has paced the Scots in scoring as they regroup for another postseason push.

“He learned a lot last year, not just on the court but off the court,” said HP head coach David Piehler. “We did a lot of work on shooting. He’s made tremendous strides.”

“Over the summer, coach Piehler told me I had the green light. That gave me a lot of confidence.” -Jacob Hager

By moving from a reserve role into a starting spot this year, Hager has helped to fill a perimeter shooting void left by Reilly Seebold, who was the most prolific 3-point shooter in the Dallas area last season and now is a freshman at Loyola Marymount.

“Over the summer, coach Piehler told me I had the green light. That gave me a lot of confidence,” said Hager, who played with the Texas Dynasty select team during the offseason. “I worked harder this summer than I ever have.”

At 6-foot-5, Hager also is one of the team’s top rebounders and has improved his defense, too. But firing from beyond the arc is his specialty, and Piehler has installed some plays specifically for that purpose.

Hager made seven 3-pointers and scored a game-high 25 points during HP’s narrow loss to Class 6A power Hebron in late November.

The Scots trailed Burkburnett by one point with four seconds left in a semifinal game at the Union Square Bulldog Classic in Burkburnett. Hager caught a baseline pass from Lake Needleman and drained a 3-pointer from the corner as time expired. Behind Hager’s game-high 28 points, including the buzzer-beater, HP advanced and wound up winning the championship game the next day.

These days, Hager looks back on last season as a valuable learning experience that made him appreciate the value of patience and perseverance.

“His shot has always been fundamentally sound, but now it’s more consistent,” Piehler said. “When he shoots it, I expect it to go in.” 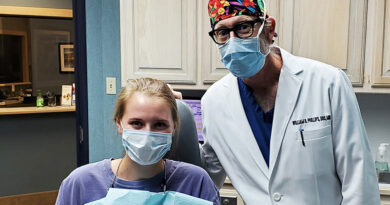