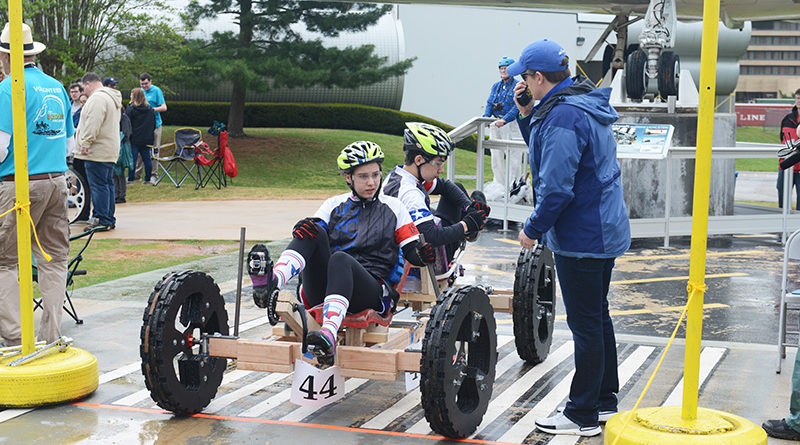 As director of the STEM Education program at Parish Episcopal School, Jennifer Makins knows that failure can be just as valuable a lesson for students to experience as success.

Earlier this year, she applied to be an ambassador for the IF/THEN initiative, which is working to expose middle-school-age girls to STEM-related careers. It is supported by a $25 million commitment from Dallas-based Lyda Hill Philanthropies.

As part of the application process, Makins opted to highlight challenges her students have faced over the years, as well as the few victories they’ve savored.

“A benefit to STEM (education) … is the beauty and the learning that comes through failing,” she said. “I think the more that kids have that tenacity and the mindset of, `All right, let’s figure it out, and let’s not be afraid,’ especially girls, the better the world will be.”

Makins was among the 125 “women innovators” from throughout the nation, including 10 from North Texas, who were selected by the American Association for the Advancement of Science to serve as IF/THEN ambassadors.

They represent a variety of STEM-related professions – from medicine and sports to fashion – and act as role models for girls by demonstrating the growing number of math and science-related career opportunities that are available. In October, nearly all of the ambassadors convened in Dallas for media and other training at the IF/THEN Summit.

Raised in Dallas, Makins has been on staff at Parish for more than a decade. A graduate of Texas A&M University, she studied space policy at George Washington University and formerly worked as an education associate at NASA headquarters in Washington, D.C. She began her teaching career at Good Shephard Episcopal School in Dallas and helped found its Lower School Science program.

At Parish, Makins co-leads the Rover Team. Each year, the mostly female team competes in NASA’s Human Exploration Rover Challenge in Huntsville, Alabama. The students design and construct a vehicle that is put through paces on a course meant to mimic the out-of-this-world terrain of other planets.

In 2014, during the Parish team’s first appearance in the elite competition, the wheels of its rover literally fell off during the contest. The group finished 47th out of 50 international high school teams.

However, as a result of their determination, Makins’ students were invited the following year to speak about their experience as part of the TedxSMU lecture series (it can be viewed on YouTube. Search for “Daunted & Lost”). She said NASA had featured a video of the students’ speech at workshops.

“To find out that … NASA has been using it to inspire other teachers and kids – that doesn’t happen every day,” Makins said.

When the Rover Team returned to the competition in 2015, it finished in seventh place and took home several awards.

“I do on a daily basis (at Parish) what they are hoping to do at the (IF/THEN) initiative,” Makins said. “We just teach all kids how to think like a problem solver.”