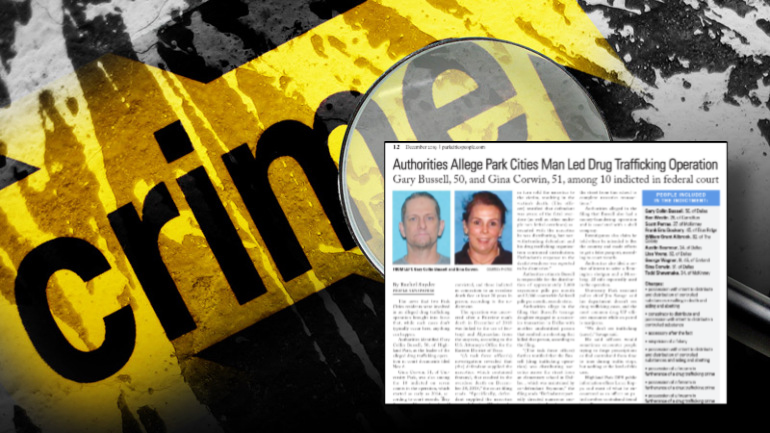 The eleventh person indicted in relation to an alleged drug trafficking operation authorities say was led by a Park Cities resident was arraigned in Plano Jan. 9.

Peter Yin, 36, was included in the eight-count indictment filed Dec. 12.

Gary Bussell, 50, of the Park Cities, Gina Corwin, 51, also a Park Cities resident, Ben Westin, 28, of Carrollton, Scott Perras, 27, of McKinney, William Allbrook, 32, of The Colony, Austin Seymour, 24, of Dallas, Lisa Young, 32, of Dallas, George Wagner III, 46, of Garland, Todd Shewmake, 34, of McKinney, and Yin are accused of various complaints related to the operation, according to the indictment.

Their deadline for plea agreements is Feb. 10 and pre-trial conferences are set for March 2, court records state.

Corwin and Bussell reportedly remain in custody in the Fannin County Jail.

The operation may have started as early as 2014, according to the indictment.

Authorities alleged in a court filing Nov. 6 that Bussell was the leader of the operation, which was involved in distributing narcotics including Alprazolam, Oxycodone, fentanyl, and counterfeit Adderall pills, and had a ‘robust’ money-laundering operation.

“(A task force officer’s) investigation revealed that defendant supplied the narcotics, which contained fentanyl, that resulted in the overdose death on December 28, 2018,” the court filing read. “Specifically, defendant supplied the narcotics to co-defendant Westin, who in turn sold the narcotics to the victim, resulting in the victim’s death. (The officer) testified that defendant was aware of the fatal overdose (as well as other multiple non-lethal overdoses) associated with the narcotics he was distributing, but notwithstanding defendant and his drug trafficking organization continued distribution. Defendant’s response to the death/overdoses was reported to be dismissive.”

Authorities estimate Bussell is responsible for the distribution of approximately 3,000 oxycodone pills per month and 2,000 counterfeit Adderall pills per month, records state.

Authorities allege in the filing that Bussell’s teenage daughter engaged in a narcotics transaction in Dallas with another unidentified person that resulted in a shooting that killed that person, according to the filing.

“(The task force officer) further testified that the Bussell (drug trafficking operation) was distributing narcotics across the street from an elementary school in Dallas…which was maintained by co-defendant Seymour,” the filing reads. “Defendant reportedly directed numerous customers to that location across the street from this school to complete narcotics transactions.”

Authorities also filed a notice of intent to seize a Remington shotgun and a Mossberg .22 rifle reportedly used in the operation, according to the indictment. 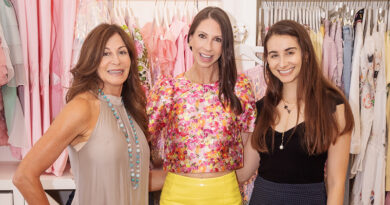 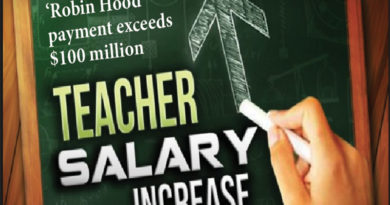 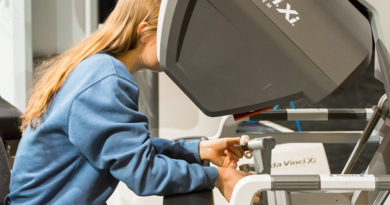 One Day Not Enough For High School Technology Festival