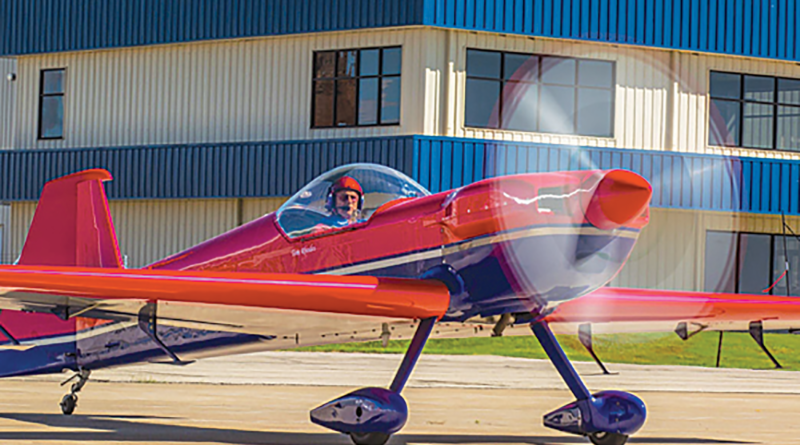 Who knew an incentive for not smoking would lead to such a rewarding hobby?

But that’s how the love of flying began for the award-winning Tom Rhodes.

He grew up in Highland Park and finished his secondary education at Highland Park High School, where he had the pleasure of escorting the homecoming queen. She just so happened to become his wife.

Flying became his hobby after his father made a deal with him. If Tom refrained from picking up a cigarette before the age of 21, his father would pay him $500. Rhodes mowed lawns that summer for extra money and had already earned $300. The lawn care money paired with the $500 from his father was enough to pay for flying lessons.

“I never had any plans to pick up a cigarette, so it was really like a gift.” -Tom Rhodes

Rhodes graduated from the Virginia Military Institute with a bachelor’s degree in economics and was commissioned in the U.S. Marine Corps. He served until 1972 as a radar intercept officer in F-4 Phantom fighter jets. Sitting behind the pilot, he handled such responsibilities as operating aircraft weapons systems and navigation equipment.

When not behind the control wheel of a plane, Rhodes works in residential real estate at The Rhodes Group. According to his Rhodes Group biography, Tom believes that the best work comes from a passion for what he does. That has bled over into flying.

His passion and dedication to the hobby earned him first place this fall in the intermediate division at the National Aerobatic Competition at the age of 74.

The competition categories range from primary (the easiest) to advanced and unlimited.

Rhodes considers himself lucky. He credits support and guidance from Bill Denton, Tony and Julia Wood, Curt Richmond, Mike Gallaway, John and Linda Morrissey, and John Ostmeyer with helping him reach his goal.

Rhodes has been flying competitively for 27 years, and his involvement in the International Aerobatic Club, a division of the Experimental Aircraft Association, dates back about that long. He’s been judging competitions also for a decade.

Rhodes encourages his children and others to try out flying. His son, Thomas Rhodes, recalls his father taking him and his brother flying around the age of 14.

“Imagine flying an airplane before you can drive a car,” Thomas said.

The EAA program Young Eagles offers children ages 8 to 17 their first free ride in an airplane and helps introduce and encourage them to learn more about aviation.

Rhodes expects to continue flying for a long time more.

How long? “Until they put me in the ground,” he said.

This Week in Municipal Bid’ness 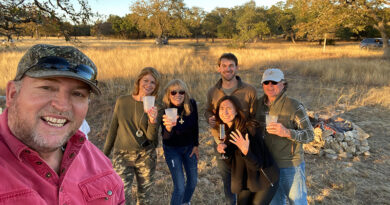