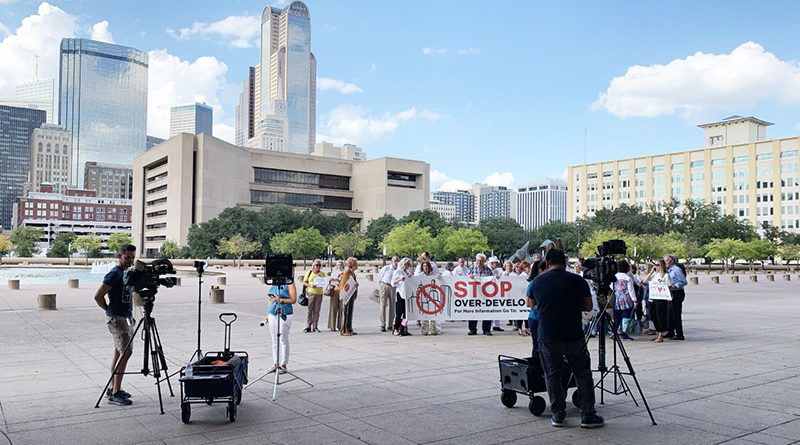 What the area around Preston Road and Northwest Highway should look like in years and decades to come was a hot topic for debate (literally, incumbent Dallas city councilperson Jennifer Staubach Gates and her opponent, former mayor Laura Miller actually debated this topic for much of the election season) throughout 2019.

For those who didn’t live, work, or head to the area often, it may have passed notice altogether. But if you were embroiled in it, you were nothing less than jugular deep in the ins-and-outs, the politicking among HOAs and developers, the town hall meetings, and the flurry of facts (or, you know, “facts”) that ramped to a fever pitch.

At the heart of the discussion was three separate issues:  The Preston Center garage, Saint Michael and All Angels redevelopment of Frederick Square, and the residential area behind the curving brick wall that hugs the far right westbound lane of Northwest Highway just before the intersection  — what most call the Pink Wall, and what is also known more officially as Planned Development District 15, or PD-15.

Whether you were on one side or the other, your opinion was not lukewarm, as evidenced by the attendance at multiple meetings and town halls about the issues.

You can read more about PD-15 here.