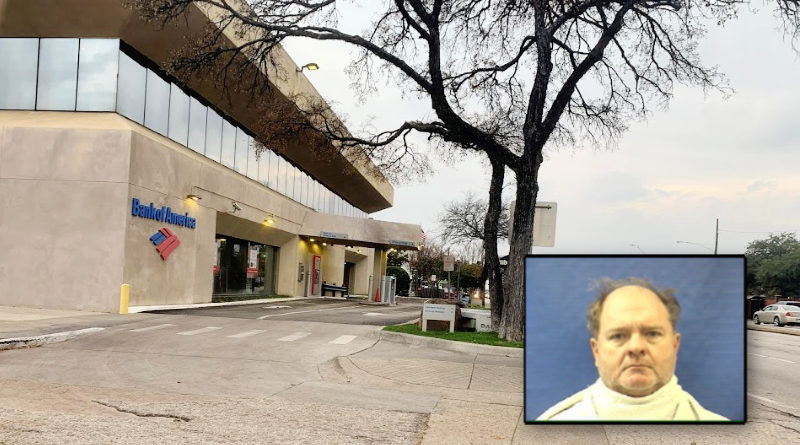 Editor’s note: As 2019 turns into 2020, we’re taking the opportunity to look back at some of our best and biggest stories of the year.  This piece by People Newspapers Deputy Editor Bethany Erickson about a serial bank robber nicknamed “Mr. Potato Head” by law enforcement officials was one of those big stories.

It’s not certain when John Thomas Rutledge’s life allegedly went sideways, but one might argue that the exclamation point was his Oct. 30 arrest for bank robbery.

Rutledge, 55, lives in Frisco and admitted to robbing six banks — three in the Preston Hollow and Park Cities areas. The FBI says he may have committed as many as seven in a three-month period.

His biography on his former employer’s website, the commercial real estate firm Retail Solutions, leaves no hint of anything other than an upstanding citizen. Rutledge was a senior vice president at the firm, and before that had a 15-year tenure at Venture Commercial, as well as stints at The Weitzman Group and Henry S. Miller.