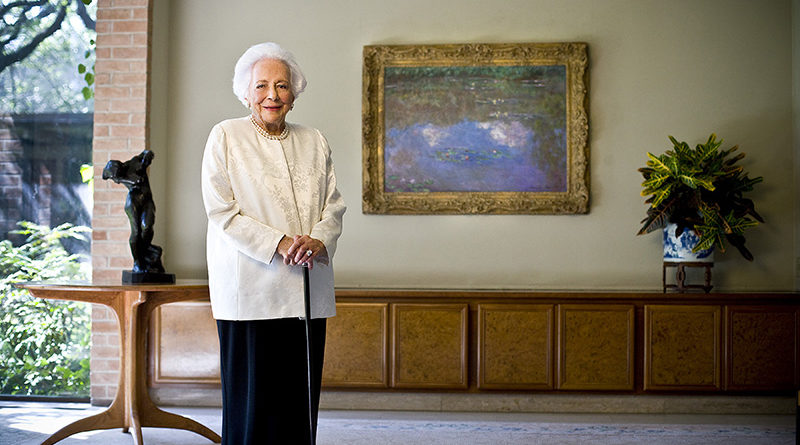 Editor’s note: As 2019 turns into 2020, we’re taking the opportunity to look back at some of our best and biggest stories of the year. In January, we announced that our 2018 Person of the Year was the late philanthropist Margaret McDermott. This story takes a look at her life.

Friends used words like “unassuming” to describe the woman known as the Grand Dame of Dallas.

Margaret McDermott bestowed millions upon institutions linked to the arts, science, and education, but refrained from conversations about her life and brushed aside requests for interviews.

“The more you stay out of the headlines, the better off you are,” she once told a fellow journalist.

In celebration of her legacy of serving and giving to the community, People Newspapers has named McDermott, who died last May at the age of 106, its 2018 Person of the Year.

“By her example, Margaret has led the vision that Dallas should and would be a city where higher education would be at the forefront and where world-class performing art centers and artwork would stand,” publisher Pat Martin said. “That’s the spirit we want to celebrate.”