A Highland Park Middle School seventh-grade student is among seven children selected to showcase their building and design skills to win the title of Top Elf.

Top Elf on Nickelodeon will feature five one-hour episodes in which contestants participate in holiday-themed challenges in hopes of winning the title and $25,000 for their charity of choice, according to the network. The show will premiere Nov. 29 and the season finale will be Dec. 21.

Megan Williamson said a former neighbor who was connected to the show suggested her son, Hopper, participate, and soon, he was on a plane to Nickelodeon headquarters in Burbank, California. They finished filming this fall.

“It was the experience of a lifetime,” Hopper said. “I grew up on (Nickelodeon). It was surreal.”

He said the challenges were stressful, but he won’t be able to talk about specifics until the show airs.

Hopper said he’s long enjoyed art and sketching and previously helped design costumes for a school play back when he was in fourth-grade. 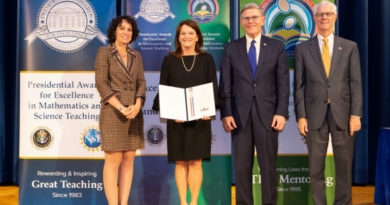 No Chimichangas For You! 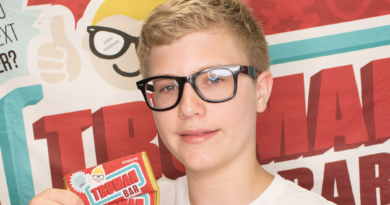 20 Under 40 Teens to Watch: Truman Wilson