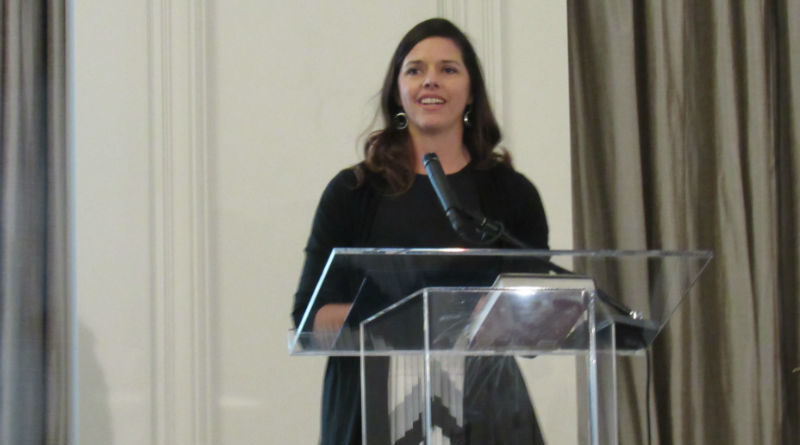 Dr. Jessica Hooten Wilson, an associate professor of literature at John Brown University in Arkansas, was named the winner of the 2019 Hiett Prize in the Humanities by the Dallas Institute of Humanities and Culture.

The award, which was established in 2005, recognizes scholars “in the early stages of careers devoted to the humanities and whose work shows extraordinary promise,” according to the Dallas Institute for the Humanities and Culture’s website. The recipient gets a $50,000 award to support their work.

Wilson earned her doctorate in literature and theology from Baylor University and has lectured across the U.S. and Canada. She’s published studies of writers Fyodor Dostoevsky, Flannery O’Connor, and Walker Percy, among others, and was commissioned to edit O’Connor’s unfinished novel “Why Do the Heathen Rage?”

“I’ve been overwhelmed ever since I found out I was the Hiett Prize winner,” she said. “When we consider what it means to be a teacher of the humanities or of the classics, what we’re doing essentially is joining a tradition.”

The Hiett Prize is endowed by Kim HIett Jordan.

The 2018 recipient was Dr. Christopher Lebron, an associate professor of philosophy at Johns Hopkins University.

Take Two Sonnets and Call Me in the Morning