SKULDUGGERY OF THE WEEK: A DEVILISH THIEF STEALS PRADA?
Before 11:37 a.m. Oct. 30: a shoplifter snatched six handbags from the store at NorthPark Center.

28 Monday
Before 4:19 a.m., a burglar struck the Torchy’s Tacos at Preston Forest Square.

How did the vandal damage a vehicle parked before 4:26 p.m. in the 4400 block of Ridge Road? “By unknown means,” police said.

Arrested at 6:09 p.m.: a 23-year-old man accused of shoplifting from Macy’s at NorthPark Center after his attempt to conceal merchandise and leave the store proved ineffective.

29 Tuesday
Police did not provide a reporting time for a theft in Inwood Village.

Three days after a tornado ripped up the Preston Oaks Shopping Center, someone slapped a 60-year-old West Worth man in the face at 8:44 a.m.

Does this motorist need an eye exam? Damaged by a reckless and irresponsible driver at 12:13 p.m.: a sign for L’Optique of Dallas at the Market at Preston Forest.

Before 1:03 p.m., a Dallas woman visiting an apartment in the 6800 block of Bandera Avenue got poked in the face with a finger.

Before 1:04 p.m., a robber entered the Bank of America in Preston Center and demanded money.

What’s the hurry? Reported at 1:09 p.m.: an Oct. 28 shoplifting incident at Gucci at NorthPark Center.

Before 5:17 p.m., an irresponsible motorist damaged the bumper of a 58-year-old woman’s vehicle before fleeing NorthPark Center.

Before 5:47 p.m., a burglar broke the rear door and took property from a home in the 5900 block of Overdowns Drive.

Arrested after a wreck at 8:37 p.m.: a 25-year-old man accused of driving while intoxicated in the 3900 block of Northwest Highway.

31 Thursday
Unpleasant lesson: Before 7:27 a.m., a burglar smashed the window of a vehicle in the parking lot at Primrose School of Park Cities on Inwood Road and took property.

Police didn’t provide the reporting time for a theft at Target in Preston Center nor for a theft there on Oct. 28.

A driver fled the parking lot of the Lowe’s on Inwood Road near Forest Lane after colliding with a 62-year-old Bedford man’s vehicle before 12:12 p.m.

Traffic stop jackpot: Arrested at 6:16 p.m. in the 5900 block of Forest Lane: a 35-year-old woman wanted on three warrants from Seagoville police, two from Arlington police, and one from Mesquite police.

1 Friday
Police did not provide the reporting time for a theft at Preston Forest Village nor one at Celebration Restaurant in the 4500 block of West Lovers Lane.

Before 4:34 p.m., a thief took property from the attached garage at a home in the 7000 block of Inwood Road.

Burglarized before 5:46 p.m.: a vehicle parked at Preston Center.

Stolen before 9:05 p.m.: a vehicle from a parking lot in the 3800 block of West Northwest Highway.

Taken before 12:42 p.m.: a vehicle parked at NorthPark Center.

Stolen before 6:56 p.m.: property from a vehicle parked in front of a home in the 5500 block of West Amherst Avenue.

Arrested at 7:11 p.m.: a 52-year-old man accused of public intoxication in the 4200 block of Bluffview Boulevard.

Reported at 10:19 p.m.: A 68-year-old woman kept receiving harassing phone calls at her home in the 5400 block of Glenwick Lane. 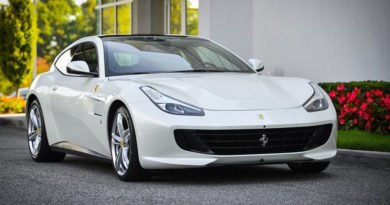