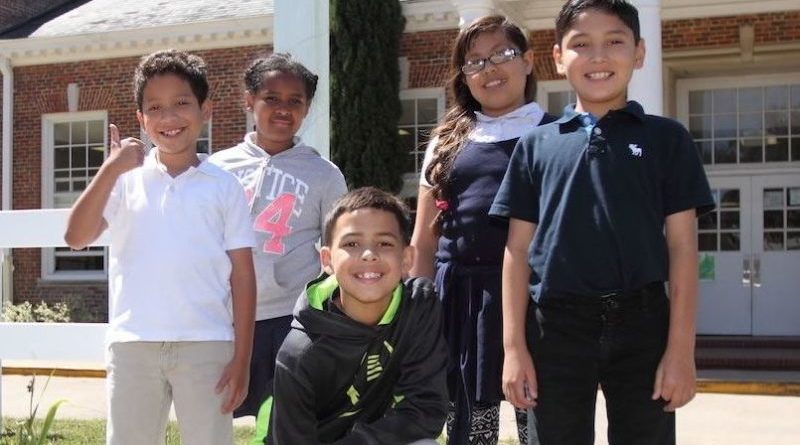 For anyone who is a regular at Dallas ISD school board meetings, Thursday night’s meeting was probably a surprise — no hot topics, no full gallery of speakers, and no late night. The meeting clocked in somewhere around an hour.

A handful of public speakers brought up a few issues like questions about the district’s accommodations for autistic students and the state of the Dallas Environmental Science Academy; superintendent Michael Hinojosa and all nine trustees gave updates; next came the 15-item consent agenda; and then it was off to the races.

Or uh, race. The conversation around the biggest of the two items pulled from the consent agenda for additional discussion centered around class sizes.

Texas law limits pre-kindergarten through fourth-grade classes to 22 students per teacher. However, districts can apply to the Texas Education Agency for class size waivers when certain classes reach that threshold, but they have to tell the TEA why.

This year, the district will ask the TEA for 256 waivers. Stephanie Elizalde, chief of school leadership, told the board that 66 percent of the district’s classes were 20 students or less, and 8 percent of classes had more than the allowed threshold of 22.

Trustee Ben Mackey asked Elizalde at what point the district would decide a school needed an additional teacher to create a new class.

The school asking for the most waivers is Lakewood Elementary, with 11 classes. The bulk of the classes that need waivers are somewhere in the 23-25 student range, but three schools have classrooms with 28 students.

In materials provided to the board, the district outlined a plan to recruit and hire more teachers, adding that part of the problem is that classroom growth often happens in unanticipated ways, and also that there is a shortage of bilingual teachers.

More than one trustee quizzed Elizalde about the district’s repeated waiver requests in the fall. The district provided an extended snapshot of its waiver requests over a three year period for the first time at Thursday’s meeting.

Elizalde told trustees that the district is hoping to examine trends more and “do a better job working with our demographer” to be more proactive.

Trustee Joyce Foreman, after looking at the three-year data, asked Elizalde why some schools seem to need higher numbers of waivers perennially.

Elizalde said in the instance of some schools that have seen a surge in popularity — like Rosemont Elementary in Oak Cliff and Lakewood Elementary in Lakewood — the issue is the number of transfer students the school has been allowing.

“They may need to make neighborhood schools get priority before transfers,” she said. In other instances, even if districts hired more teachers, there is no room for more classes at the school.

Trustee Dustin Marshall said he is glad that there is a more robust discussion this year.

“I’m pretty concerned that this seems to be an ongoing problem,” he said. “My district is the biggest culprit on this page, at least on a percentage of schools basis.”

And while Marshall agreed that some schools should be forgoing transfers, he also wanted to know what the district would be doing to improve its demographic prognostication when it comes to enrollment numbers.

Further hamstringing efforts to more accurately predict enrollment growth, she said, was that grade populations don’t always stay the same. For instance, just because there are 100 first-graders in a cohort one year, doesn’t necessarily mean there will be 100 second-graders the next year.

“I was surprised to see the choice schools on this list,” Marshall said, adding that he thought the nature of the lottery set up present at schools like Solar Prep for Boys and Solar Prep for Girls, would eliminate the potential for needing waivers.

Elizalde said that while it’s more stable than other schools, it still doesn’t exactly work that way, thanks to attrition. Student mobility is another factor — roughly 26 percent of the district’s students move around each year, usually within the district.

“We have never ever finished a year with the same enrollment that you see on this snapshot date,” Elizalde said.

Hinojosa added that “one in four of our kids” don’t finish the school year at the same school they began in. And while the district could create new staffing formulas and be able to afford it thanks to the more robust state funding provided in the last legislative session, Hinojosa said it still comes back to being able to hire enough qualified teachers.

“We’d rather have a high-quality teacher and a few more kids,” he said.

After the discussion, the board approved the waiver application, 9-0.

We are covering the Dallas ISD Board of Trustees meeting tonight, which just started. Looks like a fairly small crowd, and only a couple of items have been pulled from the consent agenda. 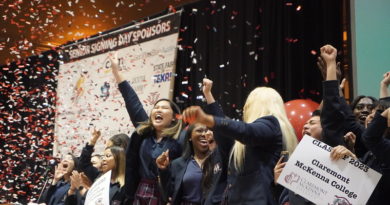 Send Your Fifth Grader to College For Free

Marshall Ready to Move On From DISD Campaign