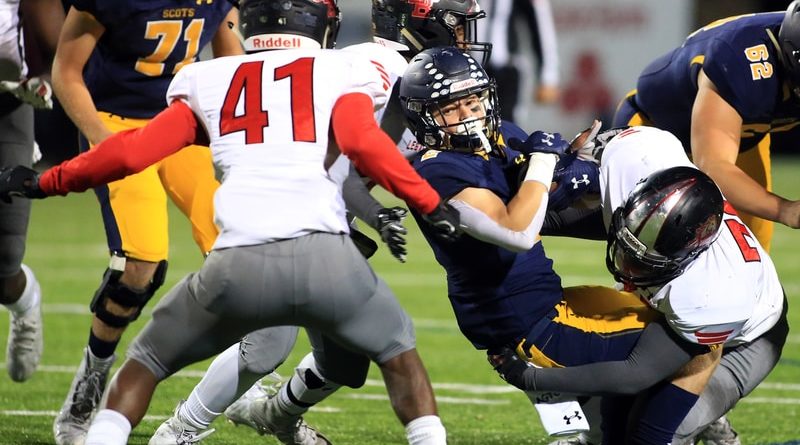 It’s been many years since Highland Park lost to a Dallas ISD opponent in football. That’s not likely to change during the next two weeks.

The Scots will continue the soft portion of their District 6-5A Div. I schedule on Friday when they meet Samuell at Pleasant Grove Stadium. Then they will return home to play Sunset on Oct. 25, which should be another blowout.

Such is life for HP in its current district alignment. Last year, the Scots (5-1, 3-0) outscored their four DISD foes by a combined margin of 226-14.

So far this season, it’s 128-0 in two contests versus Bryan Adams and Woodrow Wilson. The Spartans should likewise be overmatched despite playing in the cozy confines of their home stadium.

It could be another stat-padding evening for HP’s starters, who scored 48 points in the first half a week ago during a 76-6 win over non-DISD rival Mansfield Legacy. Senior quarterback Chandler Morris, for example, has thrown 14 touchdown passes in his last three games, and he hasn’t taken a snap in the second half of any of them.

The defense could finish off a third consecutive shutout against the winless Broncos, but allowing only one touchdown in a three-game span isn’t too shabby. Now the Scots will try to blank Samuell again, after a 49-0 victory last season.

The Spartans (2-4, 1-2) have scored a combined 10 points in their three defeats this season, and have been shut out in each of their past two games against Lancaster and Mansfield Timberview. Samuell is led by junior De’Marcus Jones, who leads the team in both rushing and receiving.

Solid Start for Scots in Soccer