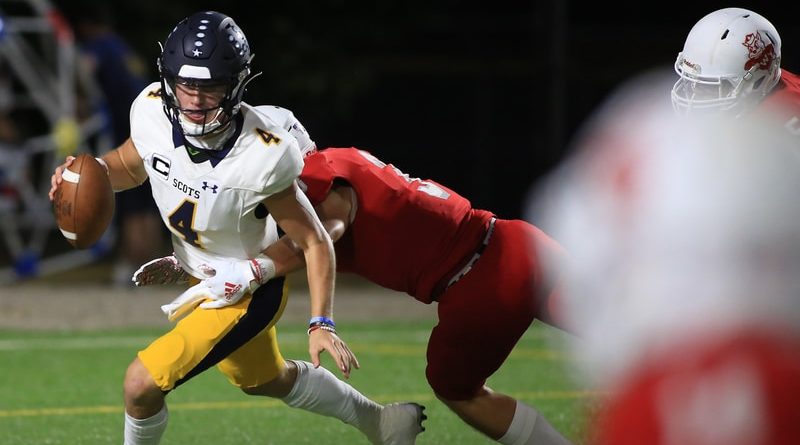 On the field, Highland Park showed no signs of needing a bye week after back-to-back wins to start District 11-5A play by a combined margin of 128-0.

Behind the scenes, however, the Scots benefited from a week of rest and recuperation, both mentally and physically, prior to the final half of the regular season and a postseason defense of their Class 5A Division I state title.

HP returns to action on Friday against winless Mansfield Legacy at Highlander Stadium, looking to pick up where it left off before the break.

Morris has 10 touchdown passes in his last four quarters of action, since he sat out the second half during each of the past two weeks. Five of those have been to Ben Smith, who leads HP with 33 catches, 619 yards, and six scores on the season. Overall, the Scots have completed passes to 17 different players through only five games.

They might get a better test from a young and rebuilding Legacy squad, although the Broncos (0-5, 0-2) have been woeful on offense this season.

Legacy has been outscored by a combined margin of 207-23 and has managed just three touchdowns — all by running back Ayo Adeyi, who has 442 yards on the ground and is the only Legacy player to reach triple-digit yardage either rushing or receiving this year.

The closest game for the Broncos was a 19-2 defeat against Mansfield Timberview in their last outing on Sept. 27. It’s been a sharp reversal of fortune for a program that has experienced plenty of success in recent years, including a state semifinal appearance in 2017.

Can You Hear Me Now?