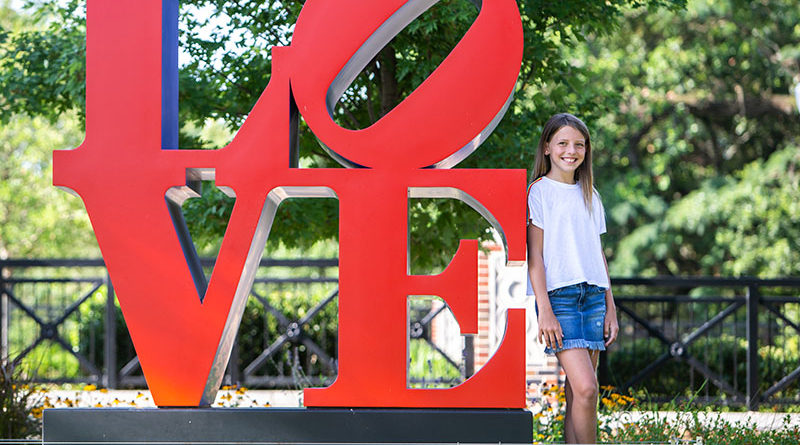 Gracelyn Hope Nix may only be 10 years old, but she’s already started her own charity to help kids in need.

“I wanted to start this charity to make kids smile,” Gracelyn said.

Through her charity, Gracelyn’s Hope, she hopes to eventually delve into several issues impacting the happiness of children, including bullying, mental health initiatives, childhood poverty, and education.

“Our goal is to enhance the lives of all children first-hand through exciting events, fun surprises, and opportunities to flourish, regardless of any struggle,” her website said.

But first, the charity will start with supporting the pet-assisted therapy dog program at Children’s Health.

Her mother, Jonika Nix, said although Gracelyn’s charity is relatively new, it’s had one shopping event already at Elizabeth W.

The event will provide the opportunity for kids to pick from an array of patches and pins to customize their own denim.

Ten percent of the proceeds from the purchase of patches and pins going to Gracelyn’s Hope.

There will also be food, temporary tattoos and a photo booth.

“They’ve both been so great about helping us,” said Nix of the two shops.

The charity is working on a fun, kid-driven event for the Spring.

“We’ve been talking about maybe a dance party, or a candy bar happy hour,” Nix said. “One thing about the Nix family is that we’re not a very serious family – you won’t be seeing luncheons and galas.”

What would Gracelyn, who attends McCulloch Intermediate School, tell other children who want to do good, but aren’t sure where to start?

“I would tell them about kids who need help, and how they should notice what other kids are going through,” she said.

“I think the other thing is that kids can bring about a big change in other people’s lives, even without the huge bank,” her mother said. “Little things really do add up.”

Gracelyn is also hoping to do next will also help other children who want to become involved in pint-sized philanthropy. She’s creating a Board of Hope – A special board of children to help advise the charity as it moves forward.

“We want to involve children from a bunch of schools in the area, and we want it to be diverse,” said Nix.