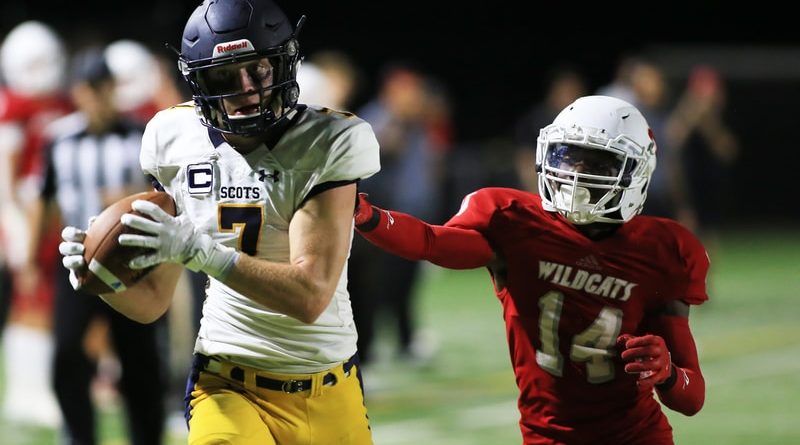 After two dominating performances in a row, Highland Park might want to skip the midseason bye week and just keep playing.

But the Scots will take advantage of the valuable time to rest and recuperate, and throw in some extra wrinkles for the bulk of the District 6-5A Div. I schedule.

“We’re going to evaluate what we’re doing,” said HP head coach Randy Allen. “We always try to prepare something for the opponents we have to play down the road.”

Nevertheless, their 66-0 drubbing of Woodrow Wilson on Friday at Franklin Stadium was perhaps HP’s most complete performance of the season on both offense and defense.

The defense earned its second straight shutout against a Dallas ISD opponent, while the offense racked up seven first-half touchdowns against the overmatched Wildcats.

Chandler Morris threw five touchdown passes before halftime, including two apiece to Ben Smith and Case Savage as part of a 28-point onslaught in the second quarter. Each of the tosses to Smith covered at least 30 yards. Morris has 10 touchdowns and no interceptions in his last four quarters of action.

Hunter Heath returned after missing the past three games with an injury and made an immediate impact, scoring the first two touchdowns for the Scots (4-1, 2-0). The first of those scores capped a 90-yard drive, and the second came after a Prince Dorbah fumble recovery at the Woodrow 32-yard line.

Meanwhile, the HP defense limited Woodrow to 91 total yards, most of which came in the fourth quarter. The Scots allowed only four rushing yards and forced eight punts, leading to consistently favorable field position.

The lopsided margin enabled HP to play numerous reserves on both sides of scrimmage. Harris Gould recovered a fumble at the Woodrow 4-yard line in the third quarter, setting up a short scoring plunge by Brooks Bond.

Early in the fourth quarter, Sam Sessions caught a 30-yard scoring pass from Brayden Schager. Later, Dylan Ham intercepted a pass to stop the best scoring threat of the night for the Wildcats (0-5, 0-2).

HP utilized seven ball carriers and completed passes to 10 different receivers. Even the backup kicker, Patrick Krejs, got into the action with a 26-yard field goal.

After the off week, the Scots will return to action on Oct. 11 when they host winless Mansfield Legacy. 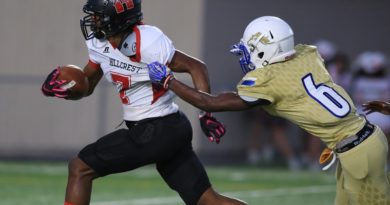 Basketball Teams Back in Action