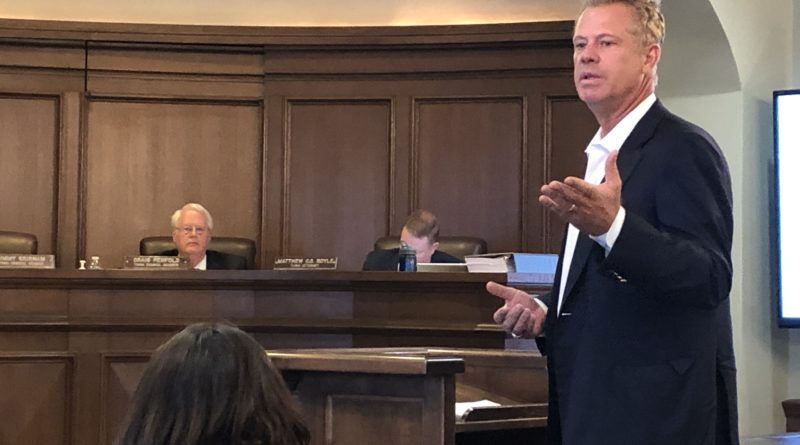 Highland Park voters in 2018 elected Margo Goodwin as their mayor, not their Judge Judy.

But discussions on the fate of a rundown home at 4509 Mockingbird Lane have given Town Council meetings a reality television, almost Jerry Springer-like, tone, even when the issue isn’t on the agenda.

“Everything she said was a lie,” said property owner Scott Brei, responding to a next-door neighbor who has complained about him at recent council meetings.

Kristin Daniels and her husband, Dennis, described Brei’s property as a used car lot and site of frequent garage sales. They’ve told of finding nails, bricks, and rats left in their driveway and of receiving threats.

“Everything she said was a lie.” -Scott Brei

“She said I said I was going to kill her,” Brei responded. “That’s a lie. That’s the biggest one.”

He responded to some of the complaints. Brei leaves his trash cans out front to discourage Mockingbird motorists from making U-turns in his driveway.

As a favor, he let a former neighbor put a late wife’s car with a for sale sign out front.

A new concern for the Daniels: Brei securing more time to rehabilitate a home deemed uninhabitable this spring.

“There is no escape from my nightmare,” Kristin Daniels said.

The council in June ordered Brei to repair or remove the house. With no building permit in place, that order automatically became a demolition order in July, but the council delayed until August hiring a company to take the house down.

Brei filed a lawsuit to save his home and claimed the council’s actions had interfered with its potential sale. By late August, he had a building permit and contractor in place.

“As I start construction, and as I start the work, I don’t want the Daniels to interfere,” Brei said.

Brei’s exes also have come to council meetings to complain about delinquent child support payments and his overall poor financial condition. Brie described himself as indigent but said insurance and, if necessary, family would help him complete repairs.

“I do have a certain amount of skepticism,” Goodwin told Brei. “We will be watching.”

She also had a message for his neighbors.

“We are hoping that Mr. Brei can rehabilitate this house and become a much better neighbor,” the mayor said. “My request is that we start over today.” 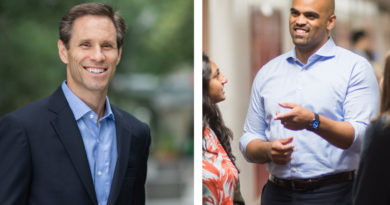