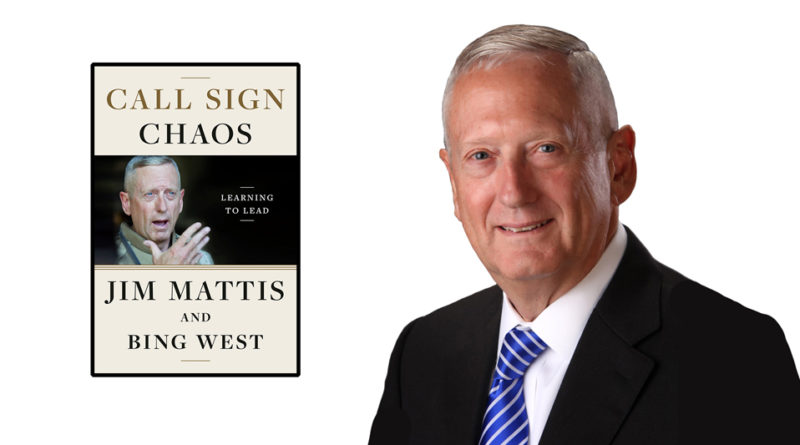 The Only Place in Dallas to see General Jim Mattis, 26th United States Secretary of Defense, is with the World Affairs Council of Dallas/Fort Worth this September.

This one-of-a-kind event will allow North Texans to hear from the renowned general, who during his more than four decades in uniform commanded Marines at all levels—from an infantry rifle platoon to a Marine Expeditionary Force.

The four-star Marine will also sign copies of his latest book “Call Sign Chaos: Learning to Lead” during the Sept. 20 engagement.

The event will take place at 7:30 p.m. at Dallas Baptist University in the Pilgrim Chapel.

VIP tickets, which include a copy of the book, are $80 for the general public and $70 for DMA/WAC members.

Regular tickets, which also include a copy of the book are $60 for the general public; $55 for members; and $45 for veterans and students.

Tickets can be purchased at dfwworld.org/jim-mattis.

Throughout September, the Council also will host a series of authors including Grameen Foundation founder Alex Counts.

Counts founded the Grameen Foundation, a global nonprofit dedicated to enabling the poor, especially women, to create a world without poverty and hunger, and currently serves as its president and CEO.

A Cornell University graduate, Counts’ commitment to poverty eradication deepened as a Fulbright scholar in Bangladesh, where he witnessed innovative poverty solutions being developed by Grameen Bank.

In his new book, “Changing the World Without Losing Your Mind,” Counts offers practical advice on the care and feeding of organizations that can change the world and your own life.

Register for free at dfwworld.org/alex-counts.

Bob Satawake – “Breaking Protocol”
When: Sept. 16
Where: Resource Center, 5750 Cedar Springs Road
Cost: $10 Members; $20 Non-Members
Tickets can be purchased at dfwworld.org/bob-satawake
In 2013, Bob J. Satawake accompanied his husband, Ambassador James “Wally” Brewster, to the Dominican Republic for a historic and unnecessarily controversial tour of duty representing the United States. As the first gay diplomatic spouse in the Western Hemisphere, Bob received little, if any, guidance from the U.S. State Department on how to navigate his new role—leaving him little choice but to break the rigid protocols of diplomatic life. He experienced discrimination, homophobia, and outright hostility as he attempted to forge a new path in a conservative and religious country.

The intelligence community is deeply invested in shades of truth and untruth, the known and the unknown. It has inspired generations of writers and moviemakers and we can’t seem to get enough details about this ancient art.

Lea Carpenter is the author of “Red, White and Blue” and “Eleven Days.” She is a contributing editor at Esquire and wrote the screenplay for Mile 22, a film about the CIA’s Special Activities Division, directed by Peter Berg and starring Mark Wahlberg and John Malkovich. Carpenter graduated Phi Beta Kappa from Princeton and has an MBA from Harvard Business School, where she was valedictorian.

For the 2nd Mel Kusin National Security Lecture, there could not be a better guest than his good friend Michael O’Hanlon of the Brookings Institution. O’Hanlon will examine and discuss our relationship with China and Russia and the potential provocations that could lead to armed conflict out of proportion to the actual threat. In his new book, “The Senkaku Paradox, he advocates strategies for an appropriate commensurate response. 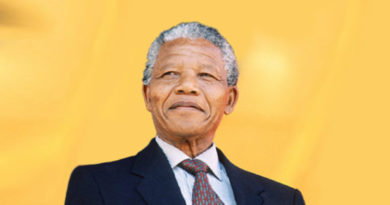