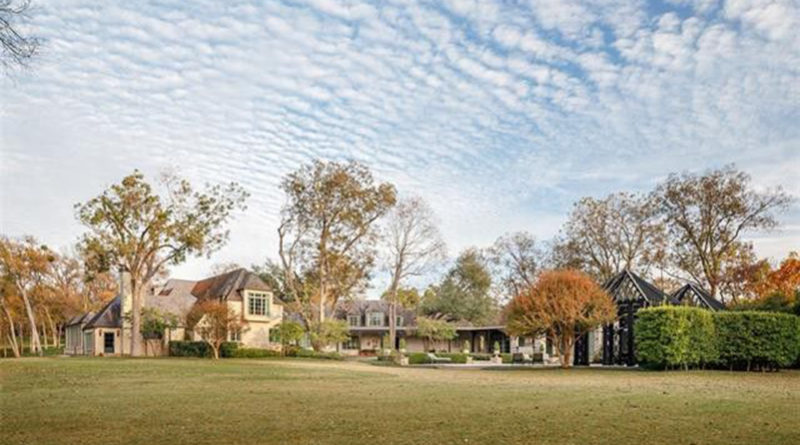 It’s been a while since we’ve heard about Lee Trevino’s attempts to sell his Preston Hollow home. After slashing millions off the price tag, switching to a new agent, and then dropping another million off, it appears the golf legend has withdrawn it from the market.

It’s yet unsure why: it could be because a buyer was found or this may very well also be a decision from Trevino himself. In any case, if a buyer was found, we will know soon as the purchase price will be visible in Preston Hollow MLS system.

Trevino is known for his sharp wit and bon mots as much as for his impressive six major championship victories and Hall of Fame status. But he’s had less luck in the real estate world recently, as his beautiful Preston Hollow home at 4906 Park Lane has seen dramatic price drops over the years and still has yet to attract a buyer.

The expansive, 10,000 square foot home sits on nearly 5 acres of land in the affluent Dallas neighborhood. Originally built in 1939, the property has a distinctly old-world vibe to it, with elaborate and extensive woodwork, beautiful hardwood flooring throughout, and a creek wandering through the estate.

Trevino, 79, and his wife, Claudia, purchase the home in 1996 but spent three years renovating it before moving in in 1999.

It’s flanked by homes of estimated price tags between $3 million and $14 million, so while it’s undoubtedly a castle, it fits right in with the neighborhood. With two practice putting greens, a tennis court, and a peaceful swimming pool, there’s a lot of features for the sports-y type.

There’s a sunny billiards room, sunroom, study, and a music room for days when you’d like to stay indoors. The main house features four large bedrooms, and there’s a separate one-bedroom guest house with its private entry, a nice feature for visitors.

The pool features a cabana with a full kitchen and fireplace for entertaining and relaxing.

In a Golf Digest interview in 2009, Trevino said he “was meant to be in this house,” as it was built in the same year he was born. Upon first seeing it, he thought it was truly a castle, and when he went house shopping in the 90s, it was the perfect place to put down roots.

However, in 2014, all of his children had grown up and moved away, and Lee and Claudia decided it was time to travel more and downsize their home base, so their Preston Hollow estate went on the market with a whopping $14 million price tag – enough to get equipped with the best golf clubs.

The listing attracted little interest initially, even after a $1million price drop and a revelation that the initially unnamed owner was none other than the famed golfer. While the real estate market was well on its way to recovering in 2014, it was still smarting and not ready for a $14 million estate.

In January 2018, with luxury real estate sales on the upswing in the Dallas/Ft. Worth area, the Trevinos switched to a new listing agent and a new strategy. Christy Berry of Compass Real Estate put it on the market with a new price tag of $8.5 million. Unfortunately, the home still hasn’t attracted a buyer.

In October of 2018, the price was reduced to $7.5 million, and then in February of this year, they slashed another half-million off the price tag.

The home is a European estate in the French style, and all of the renovations made to it were careful to preserve its original look and feel. However, this may be proving to be a drawback as those looking for multimillion-dollar mansions seem to be more interested in more modern, streamlined homes.

Candy Evans of Dallas real estate blog Candy’s Dirt says, “The buyers now, everyone wants modern, contemporary, transitional. It’s a trophy property, and it’s absolutely beautiful. It is a very unique property, but there’s not a strong market out there for it.”

The Trevinos need to find someone who wants to live in an estate reminiscent of 19th century Europe but also likes the unique touches of several putting greens, golf balls, an underground storm bunker, and that’s proving to be a tough needle to thread.

It’s the type of estate that would make a great movie set and photographs beautifully but feels almost museum-like with it’s lush and ornate wood carvings. Besides, the maintenance costs are substantial: tennis courts, swimming pools, outdoor kitchens and putting greens require frequent attention, and without proper care, the wood in the house can start to look shabby quickly, which would be a shame.

The Trevinos have displayed great patience in selling their home and are hoping the current price tag, currently, half of its original listing price, will be the right one to lure in that one perfect buyer.

Jordan Fuller is a golf enthusiast who has been a golfer for more than 25 years. He regularly visits Preston Hollow and its golf courses to play, every time he can. Jordan loves to write about the sport and regularly shares his opinion about it online