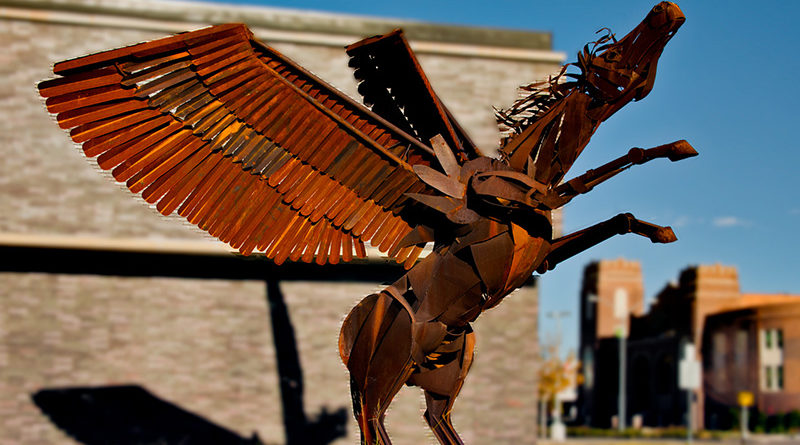 That day, he bought his first “good” camera – a Leica IIIc – in Limburg, Germany, during 14-months he spent traveling after graduating from Yale in 1949.

Through the years, he has photographed sights in Europe, Japan, and all over Dallas.

But along the way, he somehow missed out on shooting a few landmarks of particular personal importance: the Volk Brothers stores, including the George Dahl-designed, six-story downtown store in the 1800 block of Elm Street.

“To me they were permanent, and I didn’t have to save that memory, because they would always be there,” he said, recalling how the downtown building was torn down without warning in 1980, the year after his father’s death.

Volk, now 91 and retired from his careers in architecture and volunteering, talked during a Dallas Historical Society “An Evening With!” program this spring at Dallas Fair Park about his experiences as well as those of his namesake grandfather and father, Harold.

His grandfather moved here from Baltimore in 1889, when Dallas was “a tough frontier town of perhaps 20,000 or 30,000 [and] still a destination for cattle drives,” and went to work for an Elm Street shoe store.

Grandfather bought the store the next year and started Volk Bros. with older brother George.

“Art, like flying, is freedom. We are all artists if we allow ourselves that freedom.” -Leonard Volk

After the opening of the six-story George Dahl-designed main building in 1930, Volk’s Bros. became a retail specialty store selling a variety of products including women’s apparel and hats, men’s furnishings, and gifts as well as shoes.

In the early 1930s, Harold became president of the company, and with the opening of a Highland Park Village store in 1935, Volk’s became the first downtown Dallas retailer to open a suburban location.

“His retailer friends all told him he was crazy to do this, that he would just take sales away from his downtown store, but Highland Park became a national record-setter for sales per square foot of store space and was enlarged twice in the ‘30s,” Leonard said.

Leonard, like his father Harold, went to Terrill Preparatory School in Dallas, and later to Yale University but didn’t share his father’s passion for retail, so studied architecture at MIT.

Leonard worked in architecture for 30 years, designing a hangar and industrial building for Texas Instruments, commercial remodeling at Highland Park Village, staff housing at McDonald Observatory, public-housing modernization in West Dallas, and many other projects.

In retirement, he has continued to focus on his photography and published Everyday, a book of essays and photographs available at Interabang Books.

He considers it an open letter of encouragement to all photographers, professional and amateur, to explore the subjects they strongly care about.

“Art, like flying, is freedom,” he said. “We are all artists if we allow ourselves that freedom.”

Are You Mad For Plaid? 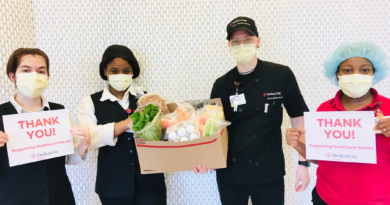