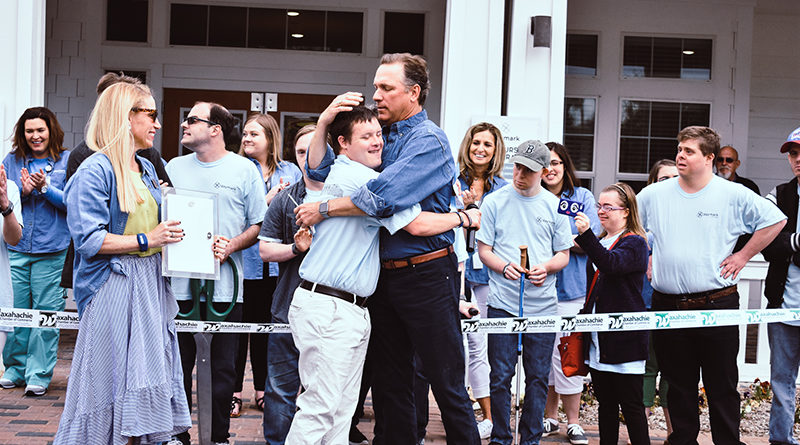 Asking John Poston to narrow down his heroes is like trying to cut a lawn with tweezers.

(ABOVE: John Poston and his son Michael embrace at the Daymark Living ribbon-cutting ceremony. Courtesy Waxahachie Chamber of Commerce)

Those he credits with the support and encouragement he needed to not only succeed in business but to overcome trying circumstances for his family are so numerous that he prefers instead to thank the Park Cities at-large.

The tight-knit friendships he formed as a child growing up in Highland Park led to a career in commercial real estate in the footsteps of his father.

Those same friends and close associates were there for his family as life took an unexpected turn in 1995 when one of his twin children was born with Down syndrome.

The father of three decided he would not only be intensely devoted to fathering a boy with special needs but also to improving the lives of other children like his son.

“I knew early on that staying on a path to independence would be important for Michael,” John said. “People with Down syndrome and other ‘intellectual and developmental delays (IDDs)’ want nothing more than to be productive community members whose skills can also be deployed in the workplace.”

“People with Down syndrome and other ‘intellectual and developmental delays (IDDs)’ want nothing more than to be productive community members whose skills can also be deployed in the workplace.” -John Poston

(ABOVE: Daymark Living, a residential community for intellectual and developmental delays, opened this spring in Waxahachie. Courtesy Daymark Living)

The Postons visited with parents, schools, institutions, doctors, hospitals, and homes for people with special needs.

They found inspiration at the University of Alabama in Tuscaloosa, where the Rise Center aims to enrich the lives of infants and preschoolers with and without special needs through music, physical, and speech and language therapies.

The Postons assembled a team and secured funding to open similar schools in Dallas and Houston.

John consulted on expanding the model to five other cities and started the TouchDown Club of Dallas, which has raised $20 million for Rise.

“There are two ways John could have approached the challenge that lay ahead of him and his family,” said longtime friend and businessman Tolbert Marks. “Instead of crawling into a hole, John radiated nothing but joy and hope for his son, and Michael defined (John’s) life of service from day one.” John’s latest venture, Daymark Living, comes at a crossroads for Michael, who has finished high school and is now embarking on what life holds while many of his peers go off to college.

John developed the concept and secured $28 million in financing for the first community in North Texas built for people with IDD. It has room for more than 200 and includes more than one million tulips off Interstate 35 in Waxahachie to provide jobs for residents who sell them.

“None of this would have been possible without my network of friends and family,” he said. “These adults want the kind of life that everyone should expect to enjoy, and that I’ve been fortunate enough to have: to be a happy, healthy, contributing member of the community.” 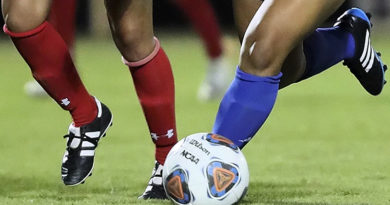