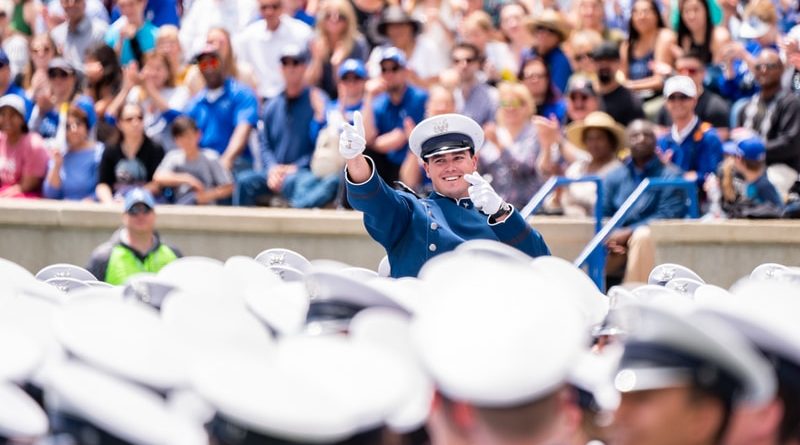 Jesuit graduate Nic Ready was recognized for his baseball achievements at the U.S. Air Force Academy Graduation Ceremony on May 30 in Colorado Springs. (Official White House Photo by Shealah Craighead)

Ready, a 2015 Jesuit graduate, and Sherrod, who graduated from W.T. White in 2014, are both playing this summer for the Batavia Muckdogs, which is a Class A affiliate of the Miami Marlins.

The Muckdogs won their season opener in the New York-Penn League over the weekend. Ready went 1-for-3 with a double while starting at third base, while Sherrod earned the save with a scoreless inning out of the bullpen.

Ready was chosen by the Marlins in the 23rd round of this year’s MLB draft after a standout career at the Air Force Academy. A year ago, he was one of the top sluggers in the country as champion of the College Home Run Derby.

Sherrod was a star pitcher at Texas A&M before being selected by the Marlins in the seventh round last year. He pitched for Miami’s rookie team in the Gulf Coast League last season before his assignment to Batavia this spring.