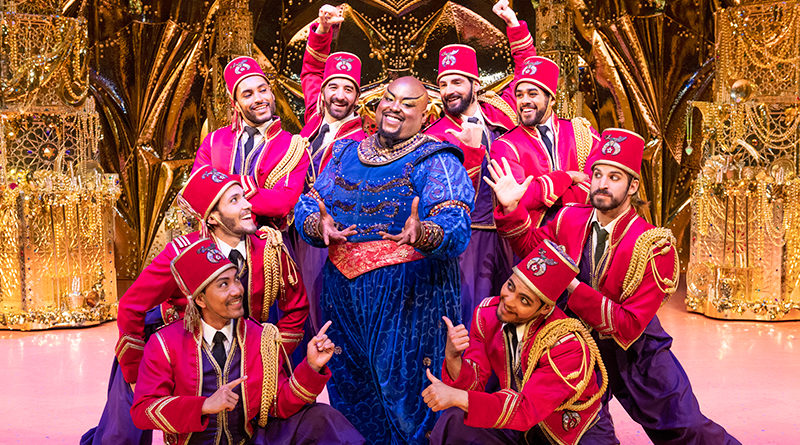 I was 13 years old when Disney’s “Aladdin” hit the big screen. A long-time fan of Disney classics – and even more so of Hans Christian Andersen’s originals – I wasn’t opposed to lining up at the movie theater for an animated film while still reciting quotes from the epic “Wayne’s World,” which had released earlier that year.

Now, before anyone busts my chaps, I know “Aladdin” is not an Andersen original – I am just adding context to why at 13 I still loved cartoons.

When I heard the Broadway musical was headed for Dallas, I was ecstatic. Expecting a large crowd, I arrived at the Musical Hall at Fair Park on opening night about an hour and a half early. It was such a treat to have time to pick up my theater snacks and have time to watch the young children roam around while dressed in garbs similar to what Prince Ali and Princess Jasmine would wear. It was also entertaining to eavesdrop on fans of the original and recent movie gush about their favorite scenes and characters. (Let me know what yours were in the comments below).

Mine was always Abu. That little capuchin monkey was so mischievous and such a loyal partner-in-crime to Aladdin.

I was beyond bummed that he was not in the musical.

While characters such as Lago, Jaffar’s sarcastic, loud-mouthed parrot was cleverly cast in human form for the production, my little kleptomaniacal Abu was sorely missed. I will say that the addition of Aladdin’s sidekicks, Babkak, Omar, and Kassim, brought a fun rapscallion essence to make up for the missing best friend.

And while no one – and I mean NO ONE, 2019 remake – can ever replace Robin Williams as the Genie, our hometown actor Major Attaway put such a clever spin on the role in this touring production. I forever will be a huge fan! What can I say about Attaway: He stole the show. He lit up the stage with his comedic persona. He made scenes such as when Aladdin was stuck in the golden-lined monster cave magical and funny and brilliant. (More on that below)

Attaway’s comedic timing brought so much life to the role. It’s honestly no surprise to me that when the crowd on opening night gave its standing ovation, the most considerable applause was held for this Fort Worth native.

Fun fact, in 2015, Attaway was actually called up as a standby for the role of Genie, under Tony-winner James Monroe Iglehart. And when the first national tour was readying to hit the road in 2017, it was doing so with another Dallas actor, Clinton Greenspan, as Aladdin’s understudy. Through some divine Lone-Star-State luck, the two both assumed their starring roles full time in 2018.

Another fun fact, the character of the Genie was based on jazz greats Cab Calloway and Fats Waller.

Always one for the theatrics, my favorite moment of the production was during the Genie’s first number. I was brought to my feet with the bombastic version of “Friend Like Me” where there were magic tricks galore, fireworks, and an endless parade of dancers alongside the fresh-out-of-the bottle Genie.

While it’s hard to remember after a weekend filled with finally viewing the Dior exhibition at the Dallas Museum of Art; rocking the night away with the Young Friend of the Wilkinson Center at their annual White Party; and then the incredible storm that left nearly 300,000 Dallasites without power, I am about 99 percent positive the scene grabbed an early standing ovation from the crow.

Except for that scene, though, I will say that I found the second half of the production more entertaining, and that might just be me because my friends who also saw the show that night said they preferred the first half.

I also have to give a major shout out to the set designer and costume designer. I thought both brought a lot to the production. The magic carpet ride is likely one of the best things I have seen on stage, and the costumes are lively and shiny and perfectly transport you into this land far away.

Honestly, I felt like I was inside a Disney theme park. I felt like a kid again. I even dared to sing along, something I don’t often do at the theater.

A final interesting fact about the Broadway production – you’re going to have to see it if you want more – is that a lost song makes its way onto the stage. Composers Howard Ashman and long-time writing partner Alan Menken originally wrote 11 songs for the animated film, but due to Ashman’s untimely death in 1991, Menken went on to write several new songs with Tim Rice.

“Proud of Your Boy,” believed to be written by Ashman to his parents is included in the musical alongside favorites “Prince Ali” and “A Whole New World.”

“Aladdin” will continue its run at the Music Hall at Fair Park through June 23.

Tickets are on sale now at DallasSummerMusicals.org and can also be purchased in-person at the Music Hall at Fair Park Box Office.

Strap on your boots on and kick up your heels as “Aladdin” cast members will sing some of their favorite country songs and hits from their favorite Texas artists at benefit concert “To Texas, From Agrabah With Love.” The event will take place at 9 p.m. June 17 at The Round-Up Saloon, 3912 Cedar Springs Rd. and all proceeds will benefit Broadway Cares/Equity Fights AIDS. Tickets are $20 and can be purchased at the door. 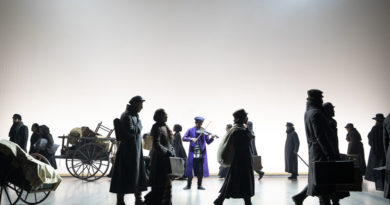 “Fiddler on the Roof” Continues Important Story of Traditions 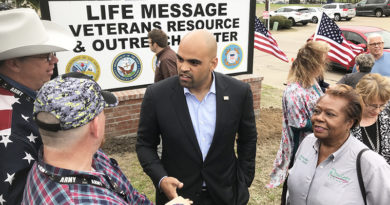