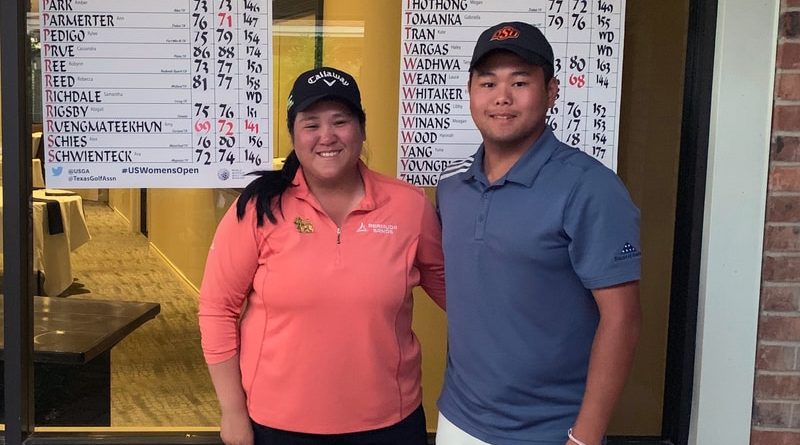 Ursuline golf coach Amy Ruengmateekhun will compete at the U.S. Women’s Open in South Carolina next week with her younger brother, Jamie, as her caddie.

Then the week got better — once-in-a-lifetime better.

Two days after the Bears won their title in Killeen, Ruengmateekhun qualified for the U.S. Women’s Open in her eighth try. She finished second in a qualifier at Canyon Creek Country Club in Richardson. Only the top two finishers in the more than 90-player field advanced to compete in the country’s most prestigious women’s golf tournament.

“Honestly, I had no expectations at all,” said Ruengmateekhun, who will make her LPGA Tour debut on May 30th at the Country Club of Charleston in South Carolina. “I took it one shot at a time. I had to make it as stress-free as possible.”

Her strategy might surprise you. The 27-year-old hit the par-71 course with a 20-minute warmup and only played Canyon Creek two months before the qualifier. Her last professional tournament was in June. She played on the Symetra Tour for three seasons, which is one tier below the LPGA.

The familiar face on her bag turned into her biggest asset. Younger brother Jamie plays golf for Shorter University in Rome, Georgia.

“If I have any club selection problems, he can tell by the tone of my voice which one I want to use, Ruengmateekhun said with a smile. “I don’t really like having a caddie who tells me what to do. I like to be in control of my own game. He knows when to back off and not talk to me and when to calm me down.”

She nearly qualified for the Open when she was a junior at Bishop Lynch. In 2009, she tied for second in the qualifier but had to settle for first alternate after three-putting three of the five playoff holes.

“It’s challenging, but I made a deal to myself. I wasn’t going to put up the clubs until I played on the LPGA,” she said. “I want to know if I can keep up with the best players in the world.”

Before coming to Ursuline, Ruengmateekhun was an assistant coach at Bishop Lynch for two years. She’s also a LPGA apprentice golf instructor at Brookhaven Country Club.

“It’s a Cinderella story,” said Susan Noonan, Ursuline director of athletics. “She’s a great coach, and this is an amazing accomplishment.”

Ruengmateekhun won’t be able to attend Ursuline’s graduation on Sunday because she leaves for South Carolina with family and her fiancé, David, on Saturday. Teachers, players, and coaches from Bishop Lynch and Ursuline will hold a send-off for her at her parents’ restaurant, Tukta Thai, in Dallas.

“I am sad she is missing graduation, but the team could not be prouder of her,” said senior Elena Song, who has played golf at Ursuline for four years. “She has been an amazing influence in my high school golfing career, and she continues to be an important mentor to me. The team and I are cheering her on.”

Said Ruengmateekhun: “It really was the best week of my life. I’ve always dreamed of this. There’s still some good golf left in me. Anything can happen.” 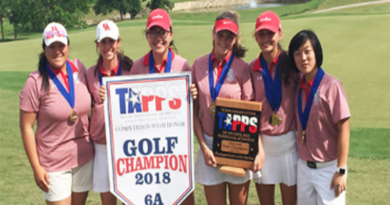 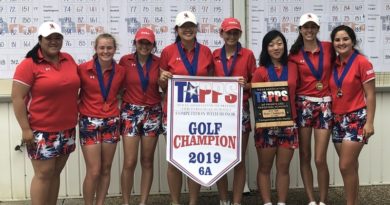