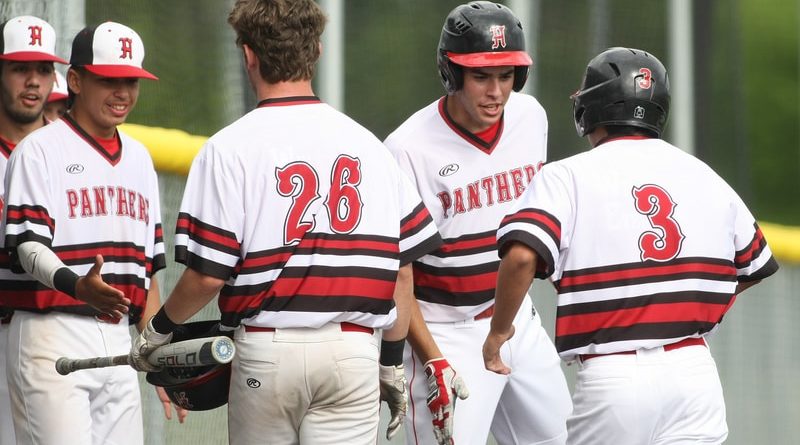 Hillcrest had plenty to celebrate during its bi-district playoff series against Celina. After sweeping the Bobcats, the Panthers will face Benbrook in the area round. (Photo: Chris McGathey)

Ryan Prager’s proficiency on the mound and at the plate led Hillcrest to a first-round playoff triumph.

The Panthers upset Celina in a best-of-three series in the Class 4A Region II bi-district round, claiming a 3-1 win in Game 1 and a 6-0 shutout in Game 2.

Prager was the star of Saturday’s series clincher, throwing a shutout on the mound — with 11 strikeouts — and hitting a sixth-inning home run to key an eight-hit offensive outburst.

In the series opener, Leo Garcia was the winning pitcher, while Ethan Edmundson tallied three hits and recorded the save on the mound.

The Panthers (16-13) will next meet Benbrook (22-4) in the area round, and will host Game 1 of the best-of-three series at 5 p.m. Friday. The series shifts to Fort Worth Arlington Heights on Saturday for Game 2 and a deciding third game, if necessary.

A year ago, Hillcrest defeated Seagoville to open postseason play before falling to Joshua in the area round.