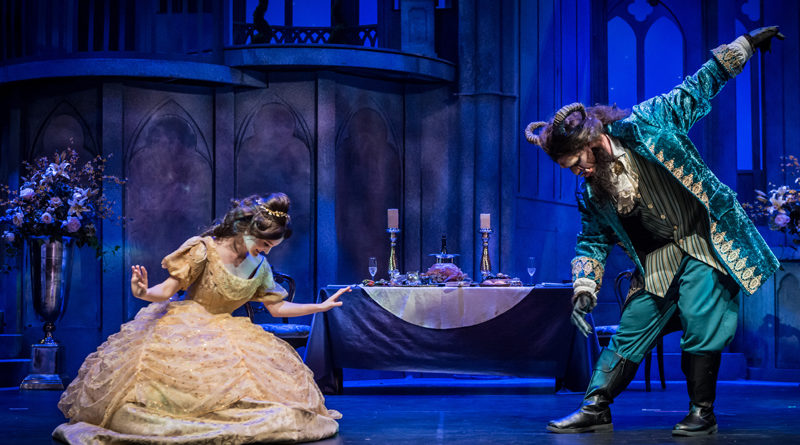 Founder and executive artistic director Robyn Flatt believes Dallas Children’s Theater provides a great platform for exploring the importance of being kind to one another.

The theme of kindness will vividly come to life during the theater’s 2019/2020 season, whether that means showing a little compassion to a Beast, or giving companionship to a lonely Old Man; Whether it’s a Nana taking the time to show her grandson that differences are what make people special, or a shy, new teacher getting just the encouragement he needs to teach his students, kindness is guaranteed to be a big part of the conversation before every show, on the way home, and in the acts and deeds of our young people for years beyond.

“Our goal is to use our space and these great plays to help children not only explore their own unique imaginations but to help them recognize the special value all people bring to the table, regardless of how different they may be,” Flatt said. “Live theater is very powerful in its ability to help us see and appreciate each other in a way few other experiences can.”

Disney’s “Beauty and the Beast” kicks off the adventure this September. It will be the first Disney production ever staged by DCT’s team.

“We’re pulling out all the stops with fantastic costumes, talented actors and beautiful sets,” Flatt said. “We’re looking forward to giving North Texas our own Broadway version of this timeless story.”

On Sept. 21 after the 1:30 p.m. performance, play, and party guests will have the chance to be part of a tale as old as time. They will be able to learn to dance like royalty and discover the way to set a proper place setting like Mrs. Potts and Chip would require. Photo ops abound with all of the Disney characters in the Beasts’ enchanted castle and guests will be able to make a commemorative stained glass window.

Tickets to this exclusive play and party event are limited and go on sale to the general public in June.

The event benefits DCT’s sensory-friendly plays and classes that welcome and include children on the autism spectrum and others with developmental disabilities. Just in time for the holidays, Master Puppeteer Douglass Burks will direct “The Very Hungry Caterpillar Christmas Show,” which comprises the newest collection of stories from beloved author/illustrator Eric Carle to be adapted for the stage.

Audiences previously saw the “Very Hungry Caterpillar” on stage in a sold-out run during DCT’s 2017-2018 season and now fans will enjoy Carle’s Dream Snow holiday-themed book as well as Brown Bear, Brown Bear, What Do You See?, and 10 Little Rubber Ducks.

Also in December, DCT’s Teen Scene Players will reprise “Little Women: The Musical,” written by resident playwright Linda Daugherty with music and lyrics by B. Wolf.

In January, “Schoolhouse Rock Live!,”  the pop culture phenomenon that made it fun to learn parts of speech, math equations, and American history, will be a turn-up-the-volume blast for the whole family.

According to show director, Nancy Schaeffer, “We love shows that take the parents back in time, but also gives them something fun to share with their kids. This production will definitely do that. We anticipate that everyone will be singing along during songs like I’m Just A Bill, Conjunction Junction, and others.”

In a true salute to kindness, DCT will work with award-winning playwright, lyricist, librettist, and dramatist Gloria Bond Clunie from Illinois to present only the second showing of this version of “Last Stop on Market Street” in the country.

Based on the award-winning book by Matt de la Peña, this play beautifully celebrates the relationship between generations as a grandmother explores the many differences in the world with her grandchild.

Flatt says, “The beauty in this story is that this little boy has a wonderful grandmother with an incredible imagination, and she opens a world to him that he otherwise would not have seen.” DCT is excited to announce that Dallas’ own Vickie Washington will direct the show and Denise Lee will play Nana.

Painting the perfect picture of kindness, Karl Schaeffer will reprise the role of The Old Man in “Balloonacy,” previously seen in DCT’s 2014-2015 and 2015-2016 seasons.

“This show is a great example of what I think theater for young people and families can be because children will have fun seeing the relationship of The Old Man with the balloon,” Flatt describes. “At the same time, adults will see it as the span of life and the trials and tribulations that we all go through.”

Highly requested by DCT audiences for years, C. S. Lewis’ iconic story “The Lion, The Witch, and The Wardrobe” makes its way back to the stage for a new generation of audiences to see and appreciate.

Flatt explains that this beautifully written story of remarkable birth and renewal moves us into a world of seeing struggles that we can relate to in our own ways. “It’s a great piece for families, and it’s the kind of story that you don’t age out of,” she said.

Rounding out the season is DCT’s national touring production of “Miss Nelson Has a Field Day,” a surefire favorite for any adult who has struggled to motivate children to live up to their potential.

As the only major organization in Dallas focusing solely on youth and family theater, DCT builds bridges of understanding between generations and cultures, instilling an early appreciation of literature, art, and the performing arts in tomorrow’s artists and patrons.

Over the span of three decades the theater has launched a national touring company that travels to 26 states and 60 cities each year; an Academy for children ages 3-18 that serves 3,000 annually; a Student Matinee Performance Series serving 50,000 children annually from every North Texas county; and sensory-friendly performances and academy classes for the over 100,000 children in North Texas with varying sensory challenges.

“I believe young people are trying to figure out the world, and as adults, we want to provide them with guideposts and examples of ways to handle different situations. By bringing a child’s world to life on stage and showing them challenging, inspiring stories that are age appropriate, children are able to grow,” Flatt said. “Bringing your children and family together to see live theater is a beautiful way to create a permanent positive memory for that young person. Live theater is a wonderful dose of magic that everyone deserves to experience.” 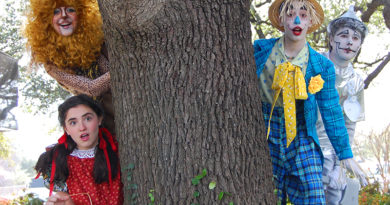 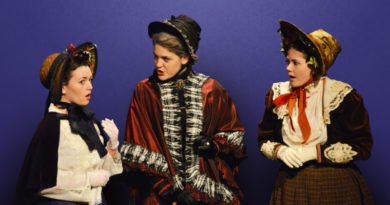