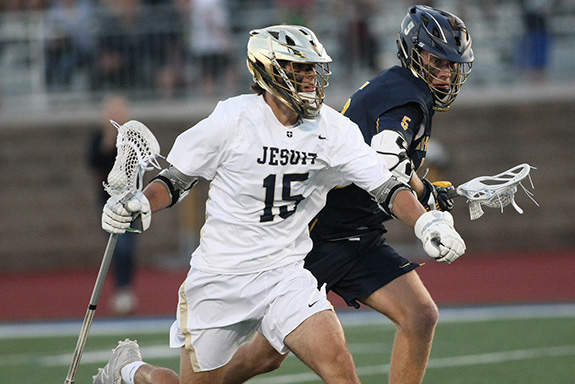 Sam Teachout and Jesuit will open the playoffs on Monday against Frisco. The Rangers are aiming to return to the state tournament after missing out in 2018. (Photo: Chris McGathey)

The Rangers (13-3) will host Frisco at 7 p.m. Monday at Postell Stadium. Jesuit defeated the Raccoons 15-6 earlier this season, and a second victory would send the Rangers to the Super Regional tournament later this week.

Jesuit will look to bounce back after a 9-7 loss to the Scots on Friday, marking its first defeat this season against a Texas opponent. The team’s other two losses came against Gonzaga (D.C.) and Torrey Pines (Calif.).

After winning back-to-back THSLL state championships in 2016 and 2017, the Rangers didn’t qualify for the state tournament a year ago.