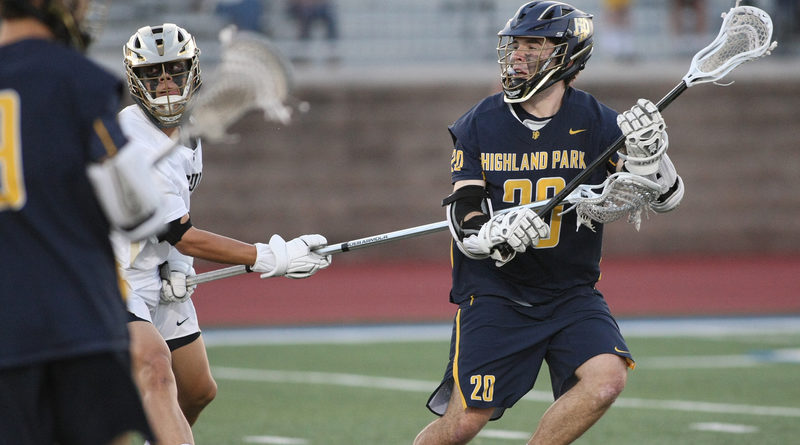 Wilson Sands and Highland Park will start postseason play with a home game on Tuesday against Coppell. The Scots ended the regular season by defeating rival Jesuit. (Photo: Chris McGathey)

A thrilling finish to the regular season gives Highland Park plenty of momentum as it begins its quest to return to the Texas High School Lacrosse League state tournament.

The Scots (11-4), as the top seed from the North Division, will host a first-round playoff game against Coppell at 8 p.m. Tuesday at Highlander Stadium.