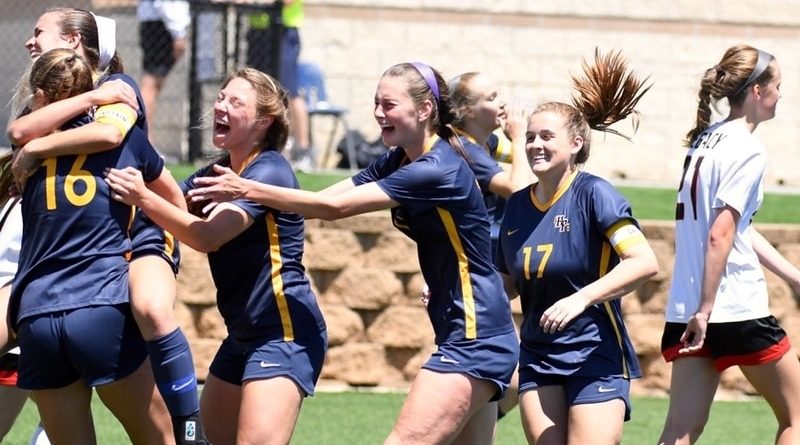 Congratulations to Highland Park, which won its state-record seventh state soccer title on Saturday with a 2-0 victory over Mansfield Legacy. (Photo: Laura Franks)

GEORGETOWN — Highland Park forward Maja Davison played with pneumonia throughout the playoffs. She wasn’t about to let it slow her down in the Class 5A state championship game.

After battling exhaustion that kept her from starting the second half, Davison subbed back in and scored to help lift the Scots to a 2-0 win over Mansfield Legacy at Birkelbach Field.

“It’s a really mental game,” Davison said. “If you can control your mind, your feet will follow. I was just keeping that in my head.”

“There’s a great history and legacy of success,” HP head coach Stewart Brown said. “The girls know that. In our stadium we have our state champions on the wall just like football does. These girls love competing for their school and representing their community.”

Megan O’Neal scored the first goal on a play set up by junior Presley Echols, who found herself shadowed the entire game by Legacy defender Kaitlyn Johnson.

“She’s used to that,” Brown said. “We kind of joke about, ‘Who’s your friend going to be today?’ She knew she just had to be patient. Her soccer IQ is through the roof.”

Echols broke free in the 43rd minute on a feed from defender Isabella Yates, then played a low cross to O’Neal who just had to finish one-on-one with the goalkeeper.

In an HP postgame tradition, Echols received the game ball from senior midfielder Halley Ray, who received it the game before. Echols then had to pick a player who helped her throughout the match, and she chose Yates.

“This program is the most special thing I’ve ever been part of,” Echols said. “There’s so many traditions and so much that goes into it. That’s why we win, because we believe in each other so much and never give up.”

Davison’s moment came six minutes after O’Neal’s goal, and earned her championship game MVP — an award voted on by the media. The sophomore received a pass from Sydney Cox and finished from 10 yards out to make it 2-0 over the Lady Broncos (26-2-2), who were making their first state tournament appearance.

Davison said she had to conserve energy during matches and use an inhaler to take medicine ever since she came down with pneumonia before the second round of the playoffs. She also scored a goal in the 3-0 semifinal win over Kingwood Park.

On Saturday, with the sun beating down on the turf field, Davison sat down partway through the first half, exhausted. She spent halftime drinking fluids with a wet towel draped around her neck, but found the strength to play on with the score tied 0-0.

“It’s amazing,” Davison said of winning the title. “It doesn’t even feel real. I’ve never had this feeling before, it’s so exciting.” 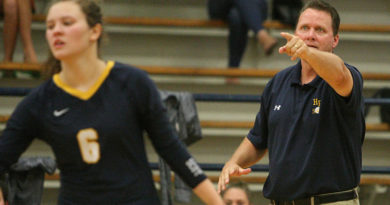