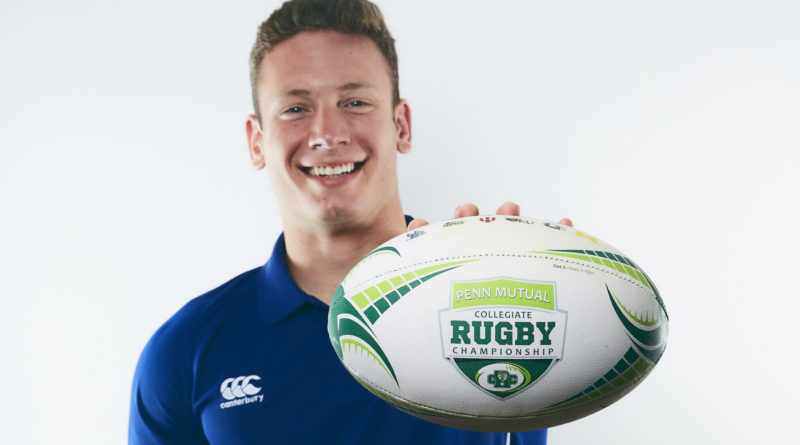 After high school, Nick Waterman was drawn to the Air Force Academy both for the chance to serve his country and the opportunity to keep playing football.

When the latter didn’t work out, however, the former Highland Park standout found a new athletic outlet with a special family connection.

Waterman has emerged as a key member of the USAFA club team in rugby, a sport his father and uncle played during their college days.

“It’s the best decision I ever made,” Waterman said. “I found an incredible team and a really great group of guys.”

That wasn’t part of the plan when Waterman graduated from HPHS in 2015. He was supposed to play outside linebacker for the Falcons and secured a spot on the team’s practice squad as a freshman. Then he had a change of heart.

“I kind of realized that maybe it wasn’t for me,” he said.

“I cringe every time I hear people say that they think rugby is just football without pads. There’s so much more to it.” -Nick Waterman

A couple of friends encouraged him to try rugby, and Waterman became a quick study despite having little experience playing the sport. As a sophomore, he joined the prestigious USAFA rugby sevens team on a spring break trip to England.

“I definitely gained an appreciation. It took me almost a year to fully grasp the sport,” Waterman said. “I cringe every time I hear people say that they think rugby is just football without pads. There’s so much more to it. There are aspects that carry over, such as the physicality and overall toughness.”

As Waterman found a home on the rugby field, he faced more obstacles off of it. A benign tumor in his salivary gland, below his right ear, prompted surgery around a major facial nerve. He missed most of his junior season.

“I felt a weird lump behind my ear. I didn’t think much of it at first, but it didn’t go away,” he said. “It was scary, but I was very lucky. The surgery went very well.”

Waterman returned to the field last spring in time for the season-ending Penn Mutual Collegiate Rugby Championship tournament, which was nationally televised.

He also was nominated for the Penn Mutual Life of Significance Award, both for his perseverance and his work within the special needs community. Waterman has been a lifelong volunteer for Special Olympics and other causes — in part to support his older sister, who has Down syndrome.

“She and I were inseparable growing up,” Waterman said. “Her friends became my friends. We never grew apart. Whatever her interests were, I was usually there.”

After he graduates from the Academy in May, Waterman plans to take some leave before beginning an assignment as a logistics readiness officer at Fairchild Air Force Base in Washington.