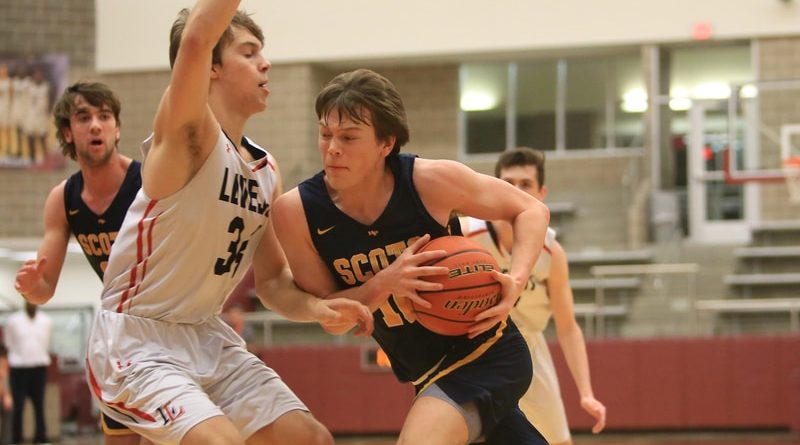 Dillon Powell and Highland Park stretched their winning streak to 15 games with a victory over Lovejoy on Friday in the area round of the Class 5A Region II playoffs. (Photo: Chris McGathey)

LEWISVILLE — As it continues its run through the Class 5A Region II playoffs, Highland Park has shown the versatility to win high-scoring shootouts and grind through defensive struggles.

The Scots proved the latter again on Friday, shutting down Lovejoy for a 57-35 victory in the area round, allowing the second fewest points among its 15 consecutive wins in the process.

HP advances to meet Kimball in the regional quarterfinals at 7:30 p.m. Tuesday at Grand Prairie.

The Leopards (23-9) were held scoreless during the first four minutes and managed just 15 points before halftime. The Scots (24-9) eventually took advantage after a sluggish start of their own.

Finn Corwin keyed a 12-1 run to close the second quarter, including a steal and layup with 3:15 remaining to extend the margin to double digits. Corwin also nailed a 30-foot shot at the halftime buzzer to put HP ahead 30-15.

“We make up for our mistakes and share the ball. We’ve got good chemistry on and off the court,” said HP head coach David Piehler. “We want to keep playing as long as we can. We’re playing with confidence.”

Luke Ledebur tallied 10 points and Kolby McSpadden had nine for Lovejoy, which struggled from the field throughout the game — in many cases due to tight defense by the Scots.

“They’re real disciplined,” said Piehler, whose team avenged a second-round loss from a year ago. “We did a good job covering what they tried to do.”

Scots Roll Past Wakeland in Playoffs 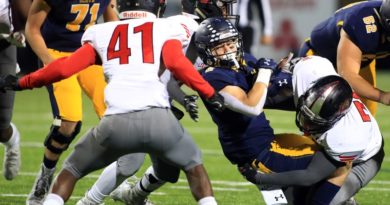