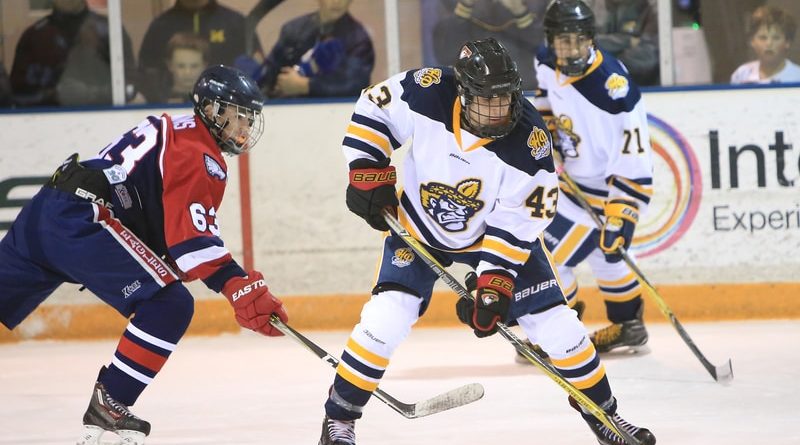 Highland Park’s Robert Sours scored twice for Highland Park during a 4-3 win over McKinney on Thursday, including a game-winning goal while the Scots were shorthanded late. (File photo: Chris McGathey)

Robert Sours scored a shorthanded goal with 1:14 remaining to give Highland Park a 4-3 upset win over McKinney on Thursday in the AT&T Metroplex High School Hockey League.

The victory clinched fourth place for the Scots (9-8) in the league standings heading into their regular-season finale on Thursday against Jesuit at Dr Pepper StarCenter in Richardson.

The game-winner for Sours capped a wild flurry of late-game goals and penalties, including a tying power-play goal by McKinney just one minute earlier.

Sours had two goals for HP, increasing his league-leading total to 24 this season. Nick Vicsonsi added two more goals and an assist. McKinney held a 37-19 edge in shots on goal.

Swimmers, Wrestlers at Regionals This Weekend

LAX Set to Play For Titles