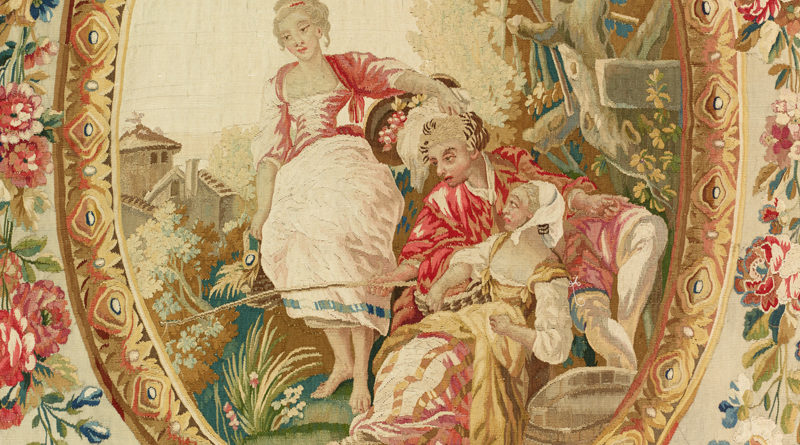 Manon Lescaut, which opens on March 1, for the first of four mainstage performances in the Margot & Bill Winspear Opera House at the AT&T Performing Arts Center, stars an internationally-acclaimed cast conducted by The Mrs. Eugene McDermott music director Emmanuel Villaume.

Manon Lescaut, composed by Giacomo Puccini in 1892, premiered early the following year in Turin, Italy. The opera was re-introduced in 1894 at Milan’s La Scala (newly revised) and propelled Puccini to the front ranks of his contemporaries. Set in France and America in the latter half of the 18th century, the opera traces the amorous twists-and-turns of its title character, who loses love only to find it again before being separated forever on a distant, foreign shore.

The performance is the first in a two-part Puccini mini-festival in March, will incorporate images from the collection of the Dallas Museum of Art into the production design, in a special collaboration between the two prominent arts organizations.

“To visualize Manon Lescaut as she journeys from town (Amiens) to city (Paris) to port (LeHavre) to wilderness (Louisiana!),” explains director Edward Berkeley, “I looked for evocative images that, with one stroke, would transport audiences.

“The images from the DMA seemed ideal for Amiens with the innocent pastel depiction of the town square and for Paris, where the Aubusson tapestries have the intricacy of Manon’s new-found life,” Berkeley continued.  “The uniqueness of the Aubussonmakesgings make Manon’s plunge into elegance feel like a drowning in luxury.  As the journey of Manon turns to grimmer realities, I chose natural images of a black-and-white port and the Beckett-esque desert just outside of New Orleans.”

Berkeley, staging the production in his company debut, has selected several charming images of mid-eighteenth-century Aubusson tapestries from the DMA’s Decorative Arts and Design collection  – and that’s not all.

These works made of wool are characterized by a three-dimensional look developed by French artists over a period of hundreds of years and achieved during the weaving process.

The DMA tapestries depict genteel scenes of aristocratic courtship and leisure pursuits in peaceful pastoral settings, framed by a profusion of fruit-laden vines, flowers, and birds.

These tapestries were a gift of Mr. and Mrs. Algur H. Meadows and the Meadows Foundation, Incorporated in 1968.

“We are very fortunate in Dallas to have world-class art available at our fingertips and, in our case, right down the block,” Derrer said. “Any opportunity to remind our community of the inherent complement between the visual and performing arts is an opportunity to be seized. Our ongoing partnership with the Dallas Museum of Art has found a powerful new bloom in this meeting of art and music onstage at the Winspear.”

Dallas Opera patrons will also enjoy a 1776 French work of art featuring the Duke of Penthièvre with Benjamin Franklin next to his chateau at Rambouillet.

Created with gouache (a more-opaque form of watercolor) and white chalk on paper, the work was made by Louis-Nicolas van Blarenberghe and his son, Henri-Joseph, who both lived and worked at the Palace at Versailles. The father-and-son team often collaborated on the same projects. This panoramic view in subtle pastel hues was acquired by the Museum in 2010.

“The Dallas Museum of Art is always seeking opportunities to expand our partnerships within the Dallas Arts District in ways that benefit the community,” said the DMA’s Eugene McDermott director Agustín Arteaga. “We are excited to collaborate with the Dallas Opera to offer a new way for the public to experience the DMA’s collection, as part of the Opera’s dynamic program.”

Additional performances of The Dallas Opera’s semi-staged concert production of Manon Lescaut will take place on March 3 (2:00 p.m. matinee), with additional evening performances on March 6 and 9.

Single tickets start at $19 and may be purchased online at dallasopera.org or by The Dallas Opera Ticket Office at 214-443-1000. 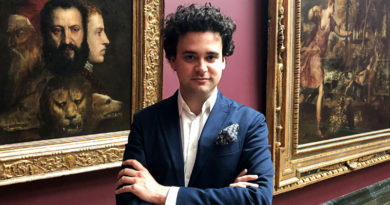 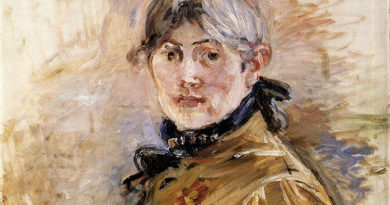