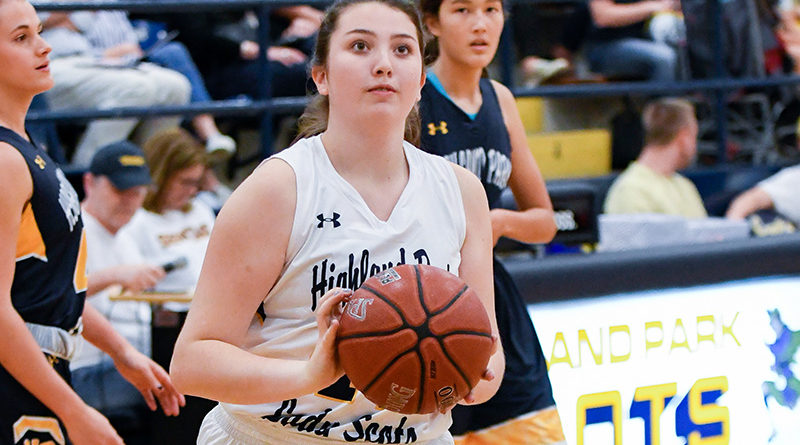 This season, wins and losses are replaced with wins and lessons for the Lady Scots.

(ABOVE: Caroline Keogh is the only senior on a Lady Scots roster featuring four freshmen. Photo by Rob Graham)

So while the newcomers have plenty of talent, their inexperience will naturally yield some mistakes, too. That’s where patience and perseverance come into play, for players and coaches alike.

“Being a freshman, everything is new. The speed is faster, and the drills are more intense,” said head coach Nicole Fleming. “We’re going to have these same girls for three or four years. “The older girls setting the tone has definitely helped with the younger ones.”

“We’ve learned so much from our losses. That’s going to help us down the road.” – Nicole Fleming

Caroline Keogh is the team’s only senior. She split last season between the varsity and JV levels and got off to a slow start this year while recovering from an offseason injury. But as the only player who’s been in the program for four years, Keogh’s role becomes almost that of a coach on the floor.

“It’s been a challenge because drills that come second nature to me, they don’t even know yet,” Keogh said. “It’s been a big learning curve for me, too. We’ve already seen a lot of progress, and still have a long way to go.”

Keogh has two younger sisters, including a freshman who’s currently on the JV team, so she tries to be an encouraging and a calming influence for girls who were in middle school at this time last year.

The same is true for junior Madelyn Miller, who — along with sophomore Ella Patterson — are the only HP players with significant varsity experience.

“Being the youngest is definitely a challenge,” Miller said, “so I’m just trying to be a mentor for these young girls.”

Early in the season, the Lady Scots were forced to develop chemistry while facing a demanding non-district schedule that included lopsided losses to Prosper, Bishop Lynch, and McKinney. But there have also been bright spots, including three straight wins at the HP Scot Classic tournament.

Fleming hopes those improvements will allow HP to gain steam later in the season and secure a playoff spot.

“The teams we’re playing are the programs we want to be like,” Fleming said. “We’ve learned so much from our losses. That’s going to help us down the road.”

“Did He Say HP Scored? I Can’t Hear a Thing”