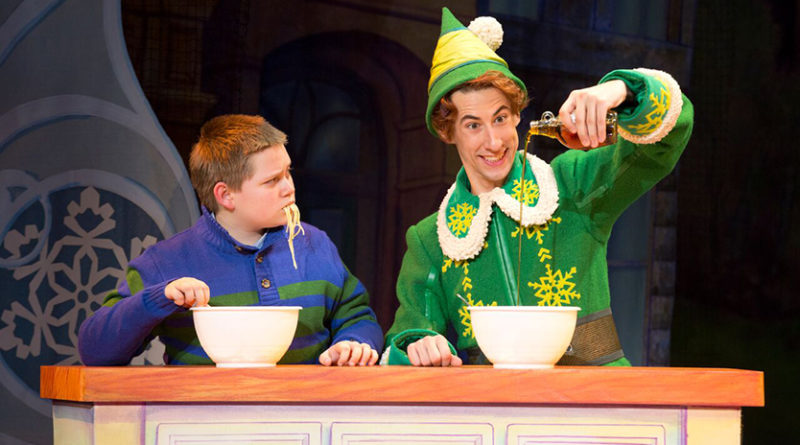 There’s nothing like a 30-year-old red-headed man elf to put you in the holiday spirit, right?

That statement might need a bit more explaining, but it’s true: “Elf The Musical” and the entire cast and production had a packed audience at the Music Hall in Fair Park glistening in Christmas spirit. The family-friendly production returned to Dallas Summer Musicals this past Tuesday night and we had the chance to become entangled in the hilarious tale of Buddy, a young orphan child who mistakenly crawled into Santa’s bag of gifts and is transported back to the North Pole – where he spends the next 30 years believing he’s one of the elves.

Unaware that he is actually human, Buddy’s enormous size and poor toy-making abilities cause him to face the truth when he overhears two other elves talking about him. The overzealous man elf is suddenly not so happy, and probably plenty confused.

Although this production is entirely a fairytale, I tried putting myself in Buddy’s curled shoes, and just felt saddened by his predicament. It honestly was a bit disheartening to see how Santa and the other elves treated him. I thought the North Pole was like the happiest place on Earth (along with Disneyland).

I think that depth to the production allowed a pretty juvenile comedy to also appeal to adults, which makes it a win in my book.

Pretty much pushed out of the North Pole by Santa, Buddy embarks on a journey to New York City to find his birth father, discover his true identity, and help New York remember the true meaning of Christmas.

Of course, it isn’t easy.

And aren’t we all lucky to celebrate that?

The Lion King Returns to Dallas 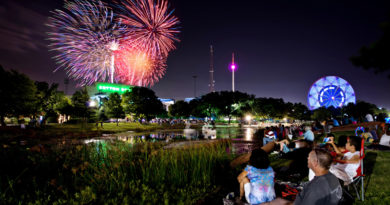 Fourth of July at Fair Park Back for 2019