Nobody said it would be easy to win a third consecutive Class 5A Division I state championship.
Skip to content 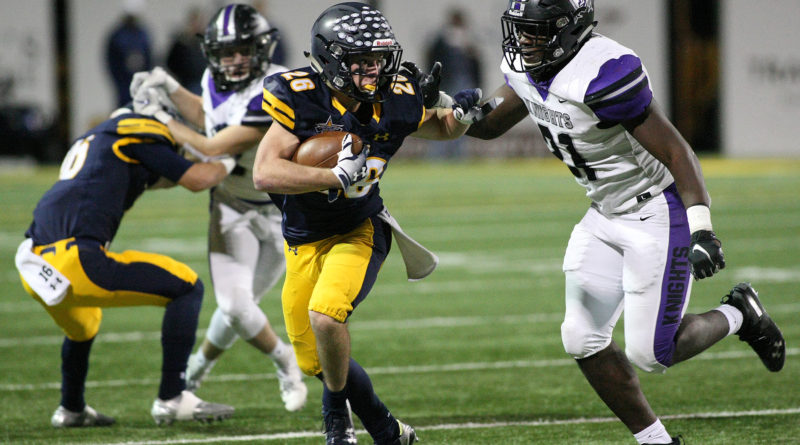 Ben Smith and Highland Park will face one of their toughest challenges so far this season against College Station in an area-round playoff game on Saturday. (Photo: Chris McGathey)

Nobody said it would be easy to win a third consecutive Class 5A Division I state championship. It helps to have experience in handling big-game situations.

Highland Park certainly has that, but so does College Station, its opponent in a Region II area round game on Saturday at Waco ISD Stadium.

Like the Scots, the Cougars won a 5A state crown last year, slipping past Aledo in the Division II championship game. That sets up a rare meeting of defending state champions in the second round.

The unbeaten Scots (11-0) are seeking their 27th consecutive victory dating to last season, which would set a new school record. They won 26 in a row in 2005-06 in addition to the current streak.

After a slow start last week, HP pulled away for a 35-14 win over Frisco Independence in the bi-district round. The Scots forced three turnovers in the second quarter to shift the momentum, giving the HP defense a remarkable 29 takeaways this season.

On offense, junior quarterback Chandler Morris had modest numbers against the Knights compared to his season averages, but still has 2,564 passing yards and 31 touchdowns. Morris and Benner Page have combined for 18 rushing scores, while Finn Corwin surpassed 1,000 receiving yards to go with his 14 touchdowns.

Last year’s title capped a rapid rise to prominence for the Cougars (9-2), whose varsity program began with an eight-win season in 2014. College Station was a state semifinalist two years ago.

College Station finished third behind Lufkin and Magnolia West in a stacked District 8-5A during the regular season, then held off Mesquite Poteet 41-38 last week to advance.

In that game, Kolbe Cashion rushed for 135 yards and two touchdowns, while Brandon Joseph — a two-way standout who is verbally committed to Texas Tech — returned two kicks for scores. Senior quarterback Brandon Williams and big-play receiver Spencer Maxwell also key the high-powered offense for the Cougars.

The winner of Saturday’s game will advance to meet either Magnolia West or Mansfield Timberview next week in the regional quarterfinals. Just two weeks ago, Magnolia West defeated College Station and HP topped Timberview.

Scots Pile Up Goals Against Chargers

HP Aims to Rebound Against Wolves