Park Cities resident Gil Brandt will become the newest inductee into the prestigious Dallas Cowboys Ring of Honor, the team announced on Friday.

Brandt will be commemorated during a ceremony on Nov. 29, when the Cowboys host New Orleans. He will be the 22nd such honoree in team history.

Brandt, 85, is one of the most influential executives in franchise history, having spent almost three decades in the front office as the lead scout and vice president of player personnel. Along with Tex Schramm and Tom Landry, he was an architect of some of the most legendary Cowboys teams.

In August, he was named a finalist for the Pro Football Hall of Fame, and will find out in February if he will be part of the 2019 induction class. 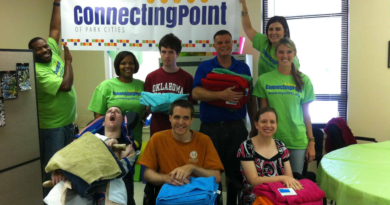 Connecting Point of Park Cities Raised $150,000 for adults with disabilities