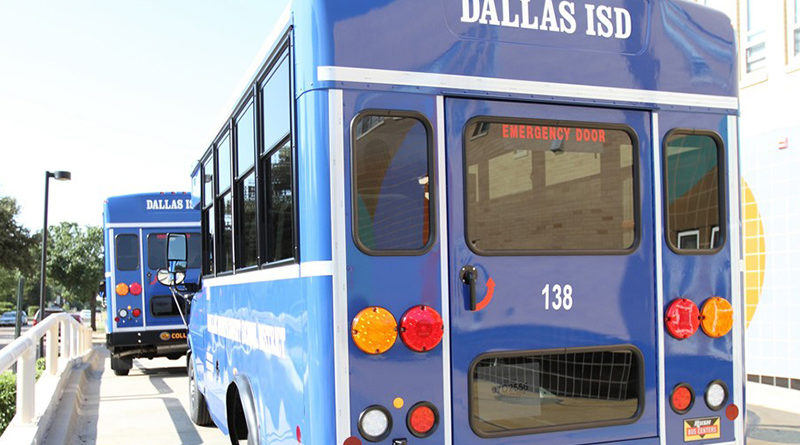 The sudden departure of former Dallas ISD transportation director Kayne Smith left an already hectic department scrambling, but officials said they steadied the operation during the first six weeks of the 2018-19 school year.

Scott Layne, executive director of operations for DISD, saw the department acquire a fleet of buses, hire two new directors, and enlarge the driver base to 700 in less than a calendar year.

“We’re still dealing with some issues due to a shortage of drivers, but the drivers we do have, have really stepped up,” Layne said. “In some cases, the drivers are doing double routes. We’ve also consolidated our routes – we’re down from 800 routes to about 725. It’s a slow process, but I think we’re doing good.”

That’s a solid base to build on, Layne said, especially considering how far the district has come since the former bus service provider was dissolved.

Voters decided last year to close Dallas County Schools, a partially tax-supported bus service, after massive financial problems were revealed, including an FBI investigation into the purchase of millions of dollars of cameras, and bribes and kickbacks.

“In some cases, the drivers are doing double routes. We’ve also consolidated our routes – we’re down from 800 routes to about 725.” -Scott Layne

During final dissolution, DISD was awarded 962 buses. Smith and his staff then set a goal of 805 drivers by the beginning of school.

But Smith was offered a job near Houston, where he is from, and resigned two weeks into the school year. Layne gave interim directorial duties to Gloria Maddox Powell, deputy chief of operating services.

Layne said the district is close to obtaining certification from the Department of Public Safety as a Commercial Drivers Licenses center, meaning prospective drivers will be able to train and be certified on site instead of going through DPS, which can take four to six weeks.

“That’s a great thing for both us and DPS because we get to train our drivers completely in-house, and they aren’t as backed up with applicants,” Layne said.

Both fleets – the regular-sized yellow buses and the district’s blue buses, which are smaller – need more drivers, but the opening month and a half of school has been “better than expected.”

“I’m not going to say we’re completely caught up yet,” Layne said. “We need to improve our route system and make some more hires, but overall, I’m happy where we are, considering the circumstances.” 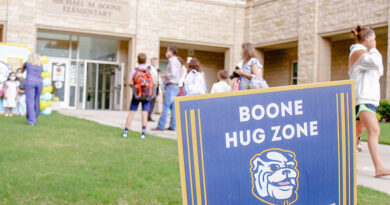