Highland Park almost certainly will clinch a playoff spot this week, before the calendar even turns to November.
Skip to content 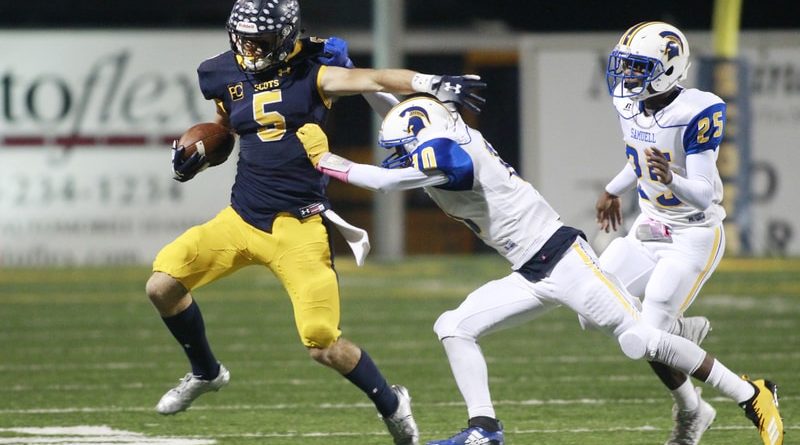 Drew Dodge is one of seven players who reached the end zone during Highland Park’s 49-0 win over Samuell last week. The Scots travel to face Sunset on Friday. (Photo: Melissa Macatee)

Highland Park almost certainly will clinch a playoff spot this week, before the calendar even turns to November.

All the unbeaten Scots need to do is defeat overmatched Sunset on Friday at Sprague Stadium, which on paper appears to be one of the more lopsided matchups anywhere in the state all season.

So HP fans can be forgiven for looking ahead to a showdown with Lancaster on Nov. 2, which could essentially decide the District 6-5A Division I title. The two teams are currently tied atop the standings.

The Scots (7-0, 4-0) are aiming for their 20th undefeated regular season in program history. It would also be their 40th season with 10 wins or more. And it would be the 18th time HP has either won or shared a district title in head coach Randy Allen’s 20 seasons.

Another milestone within reach is the school record for consecutive victories. Heading into this week, the Scots have won 22 straight games overall, four shy of the mark set in 2005-06. That means they could tie the record in the bi-district round of the playoffs, and break it in the second round.

This team looks poised to challenge such records after its impressive start to the season that includes four straight district wins by a combined margin of 182-21. The HP defense has allowed seven or fewer points in four of its past five games.

The Bison (1-6, 0-4) have dropped their four league games by a combined margin of 207-15 — including a 71-9 defeat last week against Mansfield Timberview — and haven’t surpassed 16 points in a game all year. It’s been 10 years since Sunset won more than one game in a season. 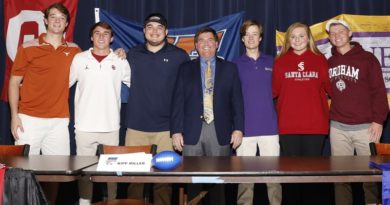 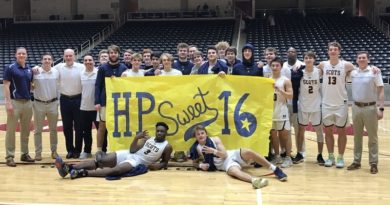 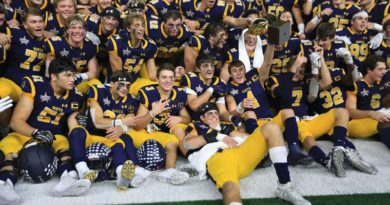