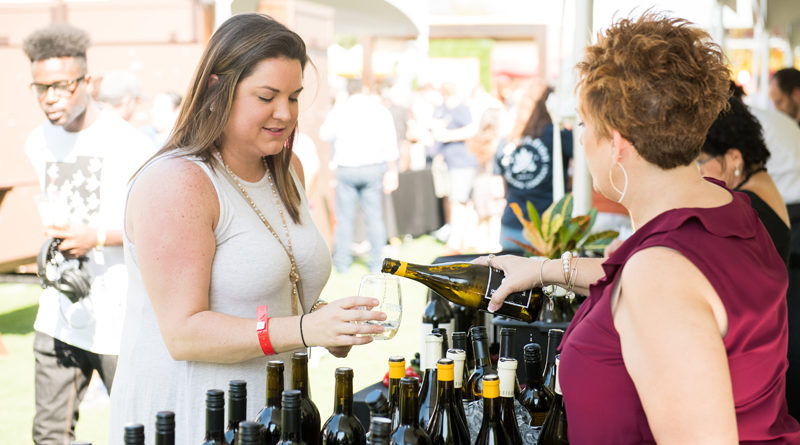 Did you know that Klyde Warren Park hosts hundreds of free activities throughout the year? Did you also know the green space has generated huge economic impact for downtown Dallas – The park’s adjacent area has seen over $1 billion in new developments since the opening in 2012.

The park’s new president Kit Sawers, also a local Preston Hollow resident and Episcopal School of Dallas mom, invited us out to Imoto (a new restaurant on Victory Park Lane in Dallas) for a preview of the Park & Palate food and wine festival. She also used the occasion to share some of the amazing things the park is doing for the community. Sawers also shared some of the park’s future plans, which included a food truck rally, Memorial Day music festival, and a Fourth of July fireworks show in late June.

Now in its fourth year, Park & Palate is an event Klyde Warren hosts to raise funds for free programs and educational events throughout the year.

The two-day food and wine festival will take place Oct. 26 and 27. Imoto’s Kent Rathbun will serve as host chef for this event that highlights the city’s nationally-recognized culinary scene, along with some of the finest wineries, breweries and spirits, and live entertainment.

Recently honored by GQ magazine, Dallas has gained a reputation as the “Next Best New Food City,” and event planners say Park & Palate will help show us why.

Rathbun will create a seated, three-course dinner for top sponsors at the VIP Event on Friday, Oct. 26, while a wide range of hand-picked area chefs will provide all guests with unforgettable à la carte tastings under the stars. The evening will culminate with samplings from the Park’s most popular food trucks and dancing to Dallas’s current “IT” band, the Jordan Kahn Orchestra.

On Saturday, Oct. 27, Klyde Warren Park will be teeming with tastemakers who have exclusive access to a special Grand Taste event. The city’s hottest chefs will offer bites paired with premier wines, spirits, and locally-brewed beers, while expert speakers, one-of-a-kind activities and the cool tunes of DJ S.O.U.L.JAH round out the day.

Grand Taste tickets are $75 for general admission and may be purchased online at www.klydewarrenpark.org.

“We are so proud of the evolution of this event and how it has grown to showcase our city’s nationally recognized culinary scene while supporting this gem of a green space in downtown Dallas,” Sawers said. “With the help of our generous Park & Palate honorary chairs and sponsors, we are excited to build on this event and raise funds to ensure educational and entertaining Park programming is provided to every socioeconomic group and generation in our community. USA Today called Klyde Warren Park the number one spot for free things to do in Dallas and the second-best city park in the country. We want to maintain that for not only the city of Dallas but for all of North Texas.”

Rathbun, who selected the team of participating chefs, said he’s honored to be a part of the festivities.

“The Park has been a great addition to our city, providing a gateway from Uptown to Downtown and the Arts District,” he said. “Park & Palate has the potential to become one of the country’s most popular food and wine festivals, right in the heart of Dallas.”

Throughout the weekend, guests will have the chance to sample from local culinary greats such as Sebastien Archambault of The Mansion Restaurant, Ken Lumpkin of Musumé, and Ryan Barnett of LARK on the Park – to name a few.

Nancy Perot and Rod Jones will act as the 2018 Park & Palate honorary chairs. Chairs for this year’s event are Lyn and John Muse, Carolyn and Rob Walters and John Zogg, all longtime champions of Klyde Warren Park. Additionally, Perot and Jones are Pavilion level sponsors of the event.

“Rod and I are delighted to serve as the honorary chairs of Park & Palate,” said longtime supporter Nancy Perot. “This event showcases the extraordinary depth of talent we have in the food and wine industries here in Dallas, and Klyde Warren Park provides an unsurpassed central gathering space right in the heart of downtown. The Park has enriched the lives of Dallas citizens immeasurably and has brought an exciting energy and vitality to downtown Dallas.”

Gosling in The Park? 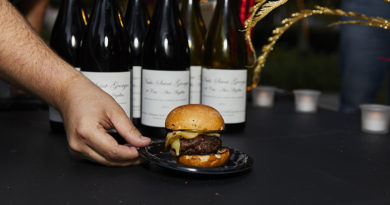 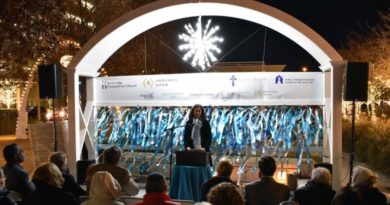