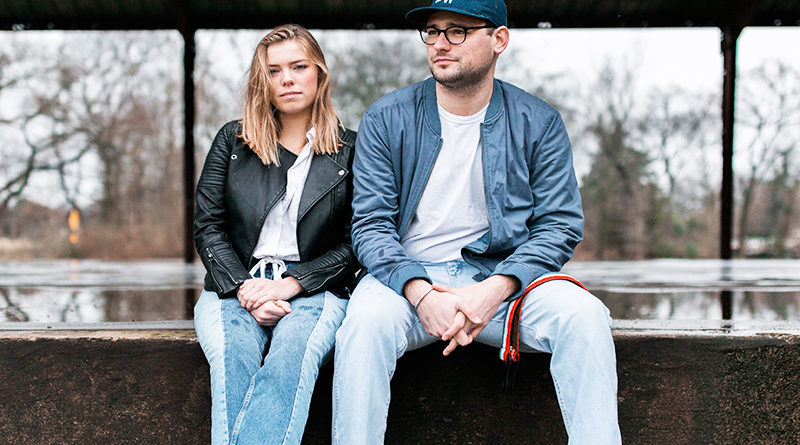 Siblings Daisy and Chap Bernet, who grew up surrounded by rhythm and song from both sides of the family, are building on that musical legacy with their Americana folk band.

(FROM LEFT: Daisy and Chap Bernet. By Alex Hendrickson)

“There’s no greater feeling than taking what you did as a child – a fun, loud, joyful jam session with your family – to a stage,” Daisy Bernet said.

The Highland Park High School graduates named their band Five Islands for the small Maine village where they would visit their maternal grandmother, who taught them classical music and hymns.

“Making music is a whole lot more fun when you get to make it with people you love,” Chap Bernet said.

He learned to play guitar from their father and would jam with their paternal uncle and grandfather, Ed Bernet, a touring musician with the Levee Singers.

“Making music is a whole lot more fun when you get to make it with people you love.” -Chap Bernet

Daisy Bernet, listening to them play and sing, always wanted to be a part, so she joined in, too.

In the 1960s, Ed Bernet owned The Levee, a Dixieland and jazz nightclub on Mockingbird Lane, where Campisi’s Italian restaurant is located now, said Elizabeth Adams, the band’s manager and Chap Bernet’s fiancé.

Daisy Bernet and Adams performed with the Highland Belles in high school, and Daisy Bernet often sang the National Anthem at games and other events.

Her brother gave guitar lessons and performed around Dallas to raise money for his senior trip to Europe.

“Chap and I are a lot alike and, like any siblings, we definitely disagree and have our fair share of arguments, but they make us better,” Daisy Bernet said.

Throughout their musical journey, family, friends, and fans in Dallas and elsewhere have been encouraging and supporting Five Islands as the siblings pursue their Nashville dreams.

“They’re why we’re doing this and they’re the reason we keep moving forward,” Chap Bernet said.

Their debut single, “No More Dancing,” is available on platforms such as Spotify and iTunes and has already gotten more than 80,000 streams.

“We’ve got some pretty great people around us,” Daisy Bernet said.

The siblings’ advice to others thinking about a music career: Have patience and drive.

Launching a music career doesn’t happen overnight, and musicians have to be willing to dedicate 100 percent of their free time.

It’s also essential to have a good manager like Adams, Daisy Bernet said.

“She is our rock, and we owe a lot of this recent success to her.”

For the brother-sister duo, showing people what they’ve been working on and seeing and hearing fans sing the words to their songs is a feeling that will never get old, they said.

“I think it’s always fun to hear the songs come to life on stage,” Chap said. “It sounds corny, but it’s true.”

One thought on “From The Park Cities, to Maine, to Nashville”